I thought it was about time to post a status update on what I have been working on. It's been a month and a half since I published Believe It and two months since Common Sense. Book three in the Lupa Schwartz series, Fair Play, is about to go into the beta phase for editing, and hopefully it will be ready to roll out in four months or so.

In the meantime, I have been working on a project I conceived way back in the mid-90's – a graphic novel. I attended the Art Institute of Pittsburgh in the early 80's and always hoped to be a cartoonist. I wanted to be an editorial cartoonist for a newspaper more than anything, but the closest I ever got was working as a fill in cartoonist for Pitt University's student paper a few times. I also wrote for and illustrated for a humor magazine that was distributed free in the Pittsburgh area, and probably could have parlayed those credits into something bigger if I'd had the luxury of time to invest into that career path, but it was not to be.

Then a decade later I decided to focus on writing short stories. One was a story about King Arthur. I thought – if the Arthur myth says he will return to regain Camelot some day, doesn't that mean he will be somehow undead? I wrote the idea up as a short story, but always thought it would work better as a graphic novel. I began doodling out an outline and sketching up some character ideas in my spare time, but I didn't have the time or money to invest in an art table and t-square, not to mention photo references, and how would I do tests? After all, nobody wants to go to a publisher on spec with a project that's "finished" but needs edits.

But today everything is different. Today there's GIMP and KDP. I have everything I need to complete this project right on my PC. So allow me to premier (in no particular order) a few working pages from The Return of the Dragon. Hopefully it will be ready for beta testing about the time that Fair Play goes to market. Enjoy. 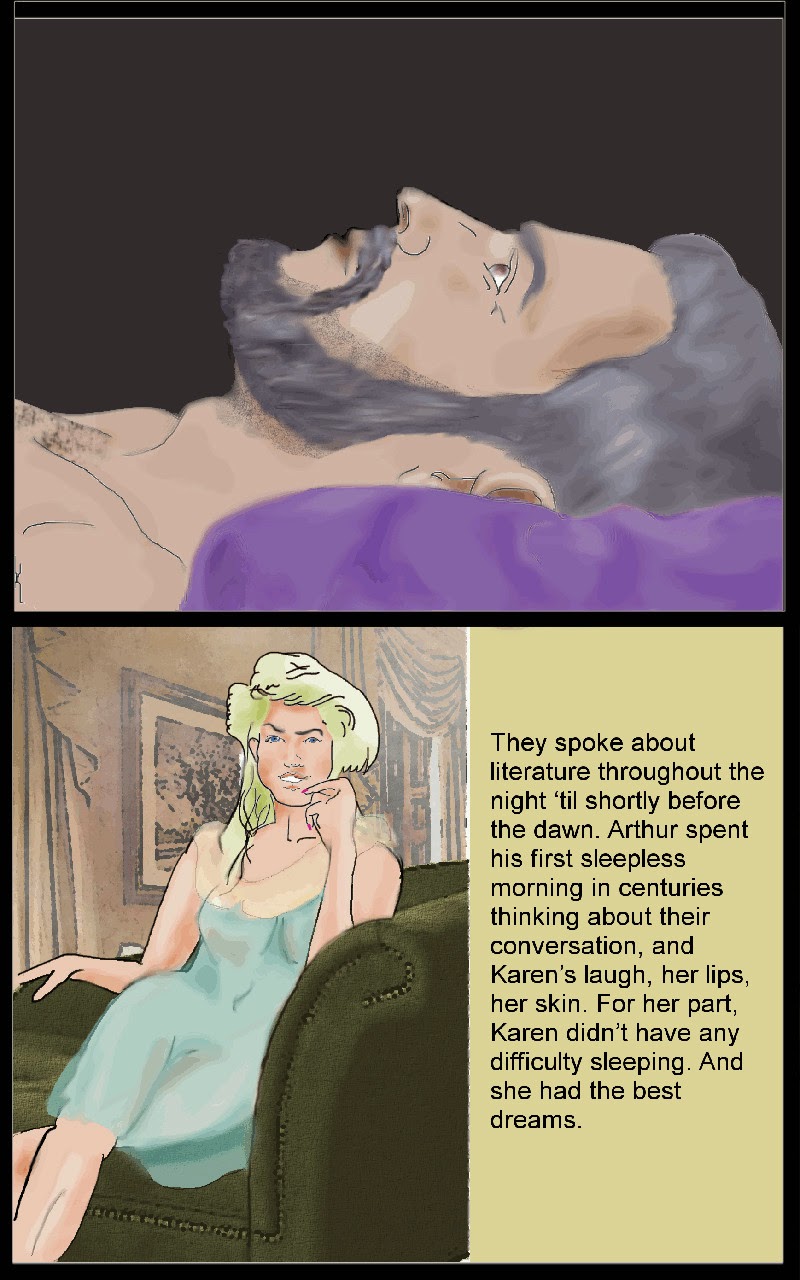 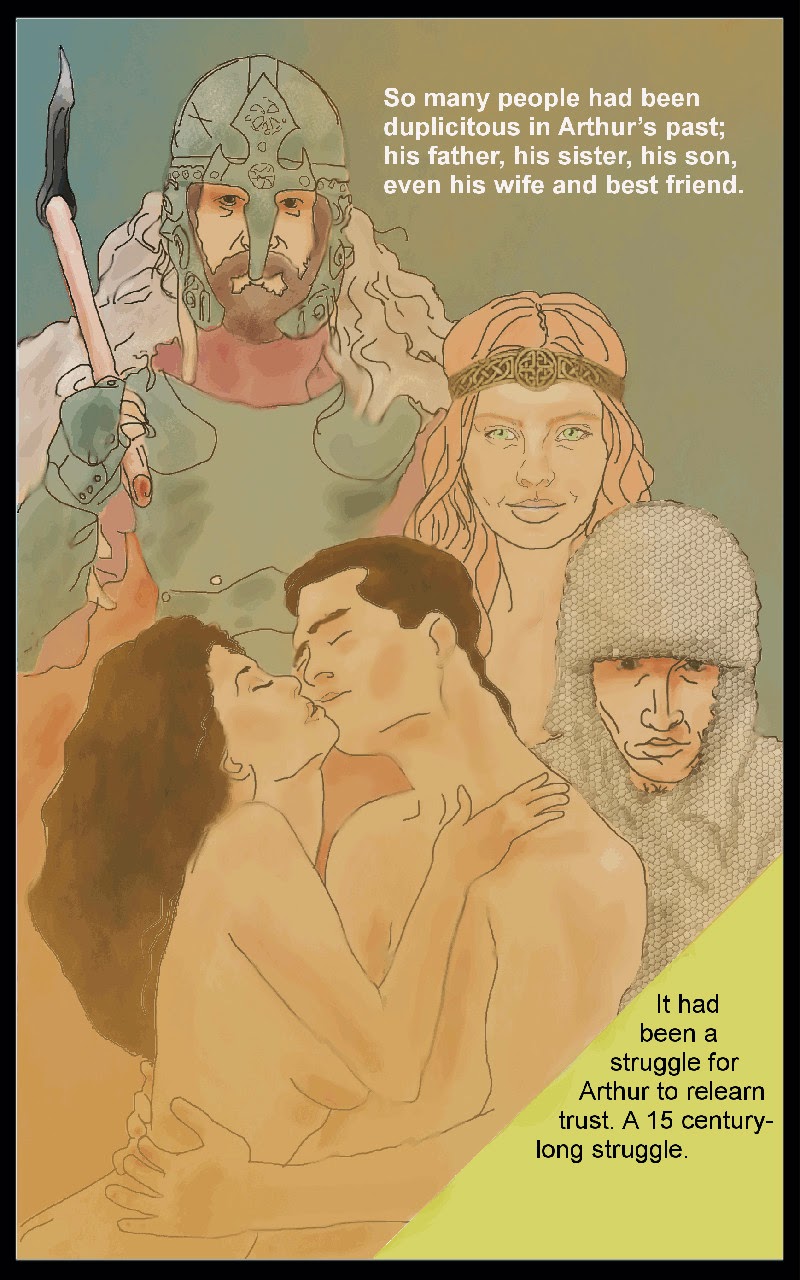 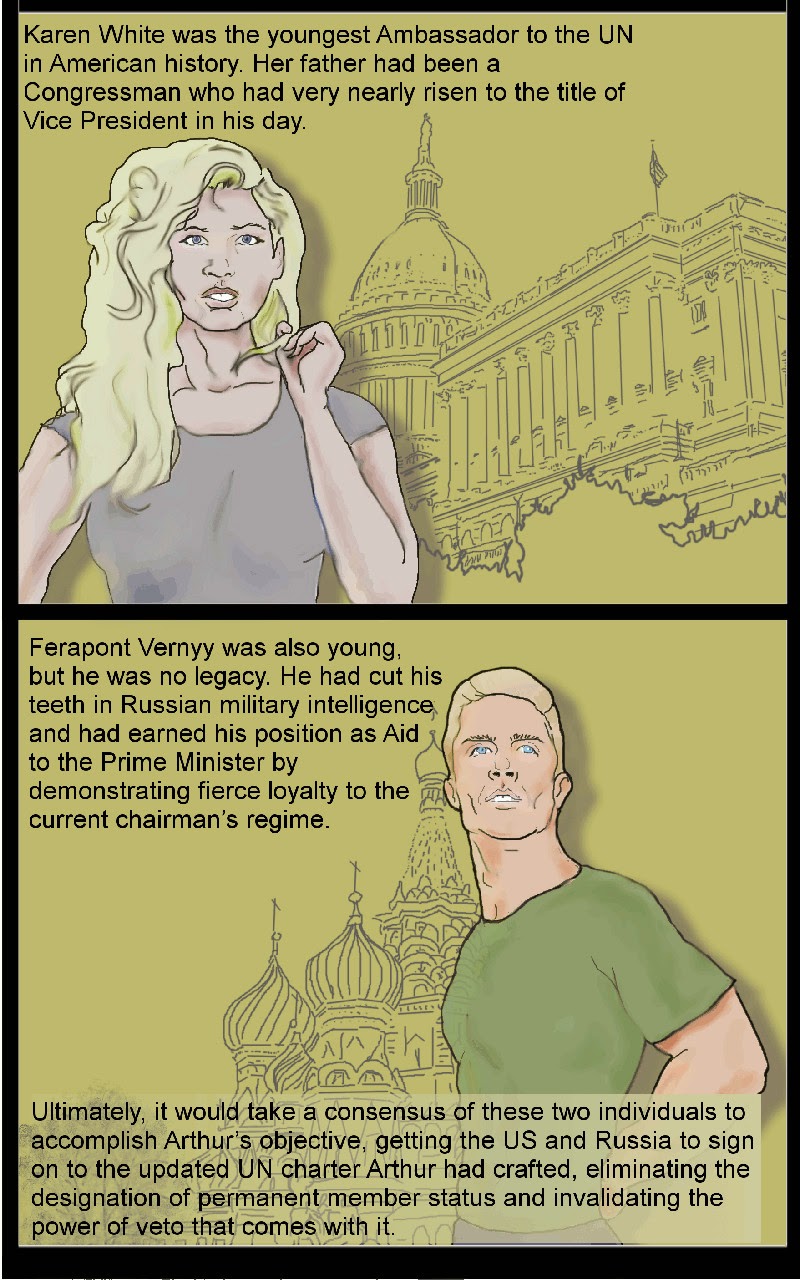