Every parent has a favorite child. I am a father of three, and I have a favorite. Is it my eldest, my only son? Is it my middle child, the first baby daughter I ever held in my arms? Is it my baby girl? Okay, I'll tell you. It's █████████

There, I said it.


“He destroyed everything of mine.” Eric said as tears filled his sunken eyes. “He destroyed my life. He broke my future, so I broke his windshield. I shouldn’t have to pay for that.”
The last person Eric Dadjov would have expected to confide in was the bounty hunter sent to take him to court, but his wife has betrayed him leaving his life in shambles. A careless moment purging his anger has led to formal charges, so when he learns that he might have more in common with the forlorn bounty hunter than he thinks, a frustrated Eric just begins venting.
Gradually, the details of Dadjov’s story begin to suggest that he has a sinister plan for revenge brewing. Is the bounty hunter complicit, a dupe, or is he the next victim of the cuckold?

The story exists as part of the Lupa Schwartz universe in kind of the same way The Punisher exists as part of the MCU. It is included as one of the collection of three novellas, Fair Play, which I published as book three in the Lupa Schwartz canon. However, it can also be purchased as a stand-alone novella in eBook format. Currently, the stand-alone eBook is also included in the "Thriller and Mystery Short Reads Sale" Bundle through StoryOrigins here.

Each story in the bundle is a thriller or mystery short read under 120 pages with an Amazon rating of 3.5 stars or higher, and is guaranteed available for 99p/99c through mid November.

Author Interview - Sebastiano Lanza - Author of That Which Must Happen

Sebastiano Lanza, born and bred in Sicily, Italy, is the author of That Which Must Happen.
He's passionate about non-linear storytelling, labyrinthine plots, and mise en abyme, which feature heavily in his works. 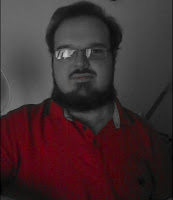 He adores impossible challenges, if nothing else for their paradoxical nature. Nothing is impossible. Or so he says.
He also loves good food.


That Which Must Happen

Benjamin is a child able to foresee and forestall events unfolding in his life and that of others. Yet he dreads to reshape them, for these events intertwine each and every existence in a delicate balance. However, when he senses his sole caretaker’s imminent death, he feels he must intervene.
In a fevered state, Benjamin was abandoned in the midst of a winter night, and is now sheltered by Ms Penter, a woman grieving over the loss of her own child. As he’s nurtured back to health, and his presence helps the woman to partially let go of her grief, Benjamin is devastated each and every time he glimpses her imminent demise.
Despite his attempts to alter the events leading to her death, Benjamin knows he won’t be able to save Ms Penter without damaging the delicate balance which entwines each and every life. The same balance he was born to preserve.
That Which Must Happen tackles the theme of fate.
Not to be understood as a series of immutable events leading to a predetermined destination, rather, as a series of interconnected events which can be influenced by our choices.


Who are your influences?
If I were to name all of them, we would stay here for quite a while. So I'll limit myself to three.
First, I'd say Pirandello influenced me a great deal. I was always fascinated by his writing, since high school. Maybe at the time I didn't truly grasp what was he trying to convey, but I knew there was something more underneath. Eventually it came to me, and I said to myself, "This is brilliant!"
His works are truly worth some in-depth studying. His latern theory, the psychological relativism, the fragmentation of self, these are all concepts worth sinking one's teeth into.
I'd like to say Umberto Eco was one of those intellectuals I admire a great deal. Let's just say I love intertextuality.
And finally Nolan. He's a brilliant storyteller. His reflections on time and subjectivity make his films so thought-provoking and enjoyable.

When did you begin writing?
Just about a few years ago. It's funny to think that around 6 years ago I said to a friend of mine, "I would never be able to write a book. I just don't have it in me." Fast forward to a few years later, I said to myself, as I was thinking to start writing That Which Must Happen, "I'm not even going to get past page 1." Yet here I am. Things change so quickly, do they not?

How do you come up with your stories, characters, character names, POV, etc?
I do give a great deal of thought to POV. It fascinates me. It's quite interesting how a writer can manipulate a linear story in just about any way he wishes just by changing or slightly altering the point of view. There are endless possibilities, each more interesting than the last. And, if life won't get in the way, I do intend to explore a few of these possibilities in future novels.
As for character names, it depends on how important the character in question is. I won't give much thought in naming a secondary character whose role is very limited. Obviously, that changes with main characters and supporting characters. You'll probably find out that the name Benjamin is quite important to understand Benjamin's role in That Which Must Happen. That and a few more hints I give out throughout the novel.
As for how I do come up with my characters, well, they're a deconstruction and reconstruction of different archetypes of different people I've met in my life and characters from other books or films. A sort of miniaturized fragmentation of self to give rise to a new self.
How do I come up with my stories? I absolutely have no idea. I like to imagine that these stories are just floating in the air, they are everyone's property, and at some point they just collide with me. In short, a story has to come to me naturally, if I force it to, chances are it won't be quite as good. Luckily enough they do come quite often.


Do you work from an outline?
Absolutely yes. Structure is crucial. These stories I write tend to get quite labyrinthine at some point or another. The outline does keep them at bay and, most of all, keeps me sane. It's also important because it allows me to check if my story actually makes sense, it ensures there's no plot holes.

Tell me about your favorite scene in your novel 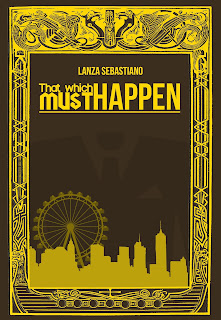 This may be considered a mild spoiler, so it would be advisable to skip forward. Anyway, for a series of circumstances which I'm not about to describe, at some point during the novel Benjamin finds himself in the memories of a woman who is about to die. These are her very last moments of consciousness. There's this particular memory which happens to be amidst her most cherished. A sunny day during her youth, a normal, slow-paced day of work. Yet all around you can perceive this horrible feeling that something is not quite right.
I did not notice it until the first round of editing. It struck me as quite intense. Despite all that has happened in the novel by that point, it's a celebration of life.

Can you tell us a little about your writing philosophy?
Subtlety first and foremost. The overused cliché "Show, don't tell". Which holds true in any instances you could apply it. "Don't tell me the moon is shining; show me the glint of light on broken glass." Anyway, actively sought information is far more valuable than passively collected information.
The beautiful in the horrid. When I started writing That Which Must Happen one of the goals I had set was to describe all of these terrible events in a fluid and beautiful prose. It's a stark contrast. And I believe I may have partially achieved it; it's not up to me to say.

Have you ever tried writing in any other genres?
This is something I would like to do, and I will probably do so in the future. Maybe some foray in the horror genre (the smart one). Also, I have set in my mind I absolutely have to write an epistolary novel. I actually have a partial outline for it.

Do you have any interesting writing-related anecdotes to share?
Actually no. Now that I think on it, my writing experience has been rather dull up to this point. There were no aliens invading earth, nor I have been bitten by a radioactive spider. What a let down.


You can follow Sebastiano on Goodreads, Facebook, and on Twitter where he is @SebLanza. His book is available on Amazon right now.
Posted by J. David Core at 7:32 PM No comments: