Author Interview: Stephen Childs, Author of On Track for Murder

Stephen Childs was born in Ealing, London, in November 1961.

In the early 1970’s Stephen’s parents moved the family to New Zealand. Stephen’s education was completed in Wellington, New Zealand, after which he began a long career in film and television. 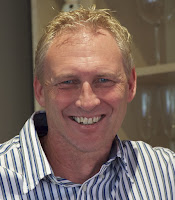 Stephen’s career highlights cover news and current affairs, documentaries, sport and even drama productions. Over the years he realized that a career of observing and reporting on others’ efforts, successes and failures, furnished him with an excellent understanding of ‘how people tick’.
A foray into politics, where he actually stood as a candidate in the New Zealand general election, adds to his colorful career.

Stephen rose to executive level in his television career and managed many successful ventures. A hankering for greater personal challenge eventually led him to seek a change. This change came when he and his family decided to relocate to Perth, Western Australia.

Leaving his well paid executive role and relocating to a different country gave Stephen the opportunity to utilize his skills in the way he had dreamed of for some time: writing full length fiction.

Stephen lives in Joondalup, just north of Perth, in Western Australia, with his family and two cats. And yes, there is a pool in the back yard.

On Track for Murder, a Victorian mystery by Stephen Childs
When 18-year-old Abigail Sergeant’s father is stabbed to death and her brother is caught with the incriminating, bloody weapon, Abigail finds herself on a dangerous cross country adventure to uncover the truth about who killed her father.  On Track for Murder is a beguiling blend of romance, mystery and a desperate race against time and will entertain fans of Agatha Christie and P. D. James with its plot twists and turns, leaving them guessing — and gasping — until the very last page.

Who are your influences?
My writing influence sits between two very different authors: Agatha Christie, and Matthew Reilly. I know it’s a struggle to place both of these greats in the same camp, but I dream of mixing such diverse styles and coming up with something quite special. I love the language Christie uses, and her intricately woven plot lines that so effortlessly allow the story to unfold. Then I am gripped by Reilly’s non-stop action and seemingly impossible situations. Having said that, an influence that I drew upon many times when writing is Alfred Hitchcock and his fabulous movies. I would often consider his use of mood, and the way he builds tension, when searching for a way to enhance a scene.

Thinking away from the creative, I am also a great admirer of Richard Branson. I find his ability to challenge accepted norms and seek a better way, to be most refreshing. And … I’d quite like to own my own island. 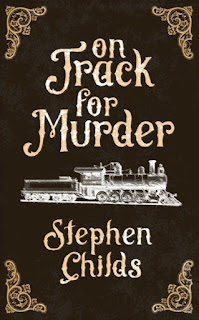 When did you begin writing?
As a child I loved writing. I would start devising adventure stories whenever a spare notebook found its way into my possession. But I tended to struggle advancing a story past the first few scenes. I believed the story should be perfect from the very beginning, which, of course, never happened. But I persevered and ended up with a stack of notebooks containing a single chapter each.

My first job took me into the world of television news, which has a tendency to monopolise all personal time. I attempted to recommence writing many times, but without success. The intention was strong, but time fought dirty.

After moving into the management side of the company, my desire to write was realised. But, unfortunately, these efforts were limited to reports, proposals, and technical documentation.

About four years ago my wife and I made the decision to leave the stresses of executive life, and seek a more relaxed lifestyle. We relocated to Perth and began to work on our dreams. Mine took me to writing. The full length novel was begun. Simple!

How do you come up with your stories, characters, character names, POV, etc?
Essentially, the first thing I see is a situation. Something out of the ordinary. Then I imagine the lead up to it, and the subsequent after effects. With On Track for Murder, I had been investigating my own family tree and become fascinated by stories of individuals who moved from England to Australia. This drove an interest in the location and the time period. Interestingly, it was rumours of intrigue around my great grandmother’s life that triggered the idea for a female lead.

The situations that I write stem from ideas seeded during my days in the news media. Fires, kidnappings, explosions, even murder, are all events that have their roots in stories I covered over the years. The way people react in such situations always intrigued me. My writing drew quite a lot from recollections of stressed and hurting victims.

Names are difficult when writing historical novels, as they need to be appropriate for the era. I gained significant mileage from my family tree research. I noted down an appealing selection of first names and surnames from census data and birth records, then played around with various combinations. Some seemed to work, some didn’t. With Ridley Dunning, the name immediately jumped out at me as I played with the options.

Do you work from an outline?
I begin working to an outline but find the story keeps stubbornly trying to head off in its own direction.

Keeping the initial premise in mind, I devise the ending, then note any important hit points needed to drive the story. The plot plan ends up as a group of must have scenarios through which the characters must navigate. How they get from one part to another often baffles me. I will finish a writing session and say to myself: “where did that come from?” As I'm writing, I feel that I am more coercing the characters in the direction I need, than directing them at every turn.

Tell me about your favorite scene in your novel.
With the railway theme of the title, it will probably come as little surprise that my favourite scene involves the steam locomotive. This is where Abigail takes the train, in an effort to escape from one of the baddies. I loved providing Abigail with the unheard of ability to drive a train. Abigail hasn’t touched a locomotive since her father allowed her to have a go at the controls years before. Yet, in this scene she is forced to pull out her hidden knowledge, or suffer at the hands of a potential killer. The scene peaks as she manages to effect her escape, and the villain is left stumbling along behind, attempting to catch the fleeing locomotive. For me, the scene evokes a sense of triumph: not only Abigail’s triumph over the criminal, but also her triumph over personal fears. In a way, it hints at the courage Abigail is required to draw on to survive the upcoming challenges.

Can you tell us a little about your writing philosophy?
I set out to simply write a good story. Oddly, I am greatly motivated by airport bookshops. I imagine my reader sitting on a plane, immersing themselves in an easy to read story that takes them on a journey away from their immediate surroundings. I write what I would like to read. Having spent so much time writing factual business documents, I find it refreshing to allow my mind to run free. And run it does.

Have you ever tried writing in any other genres?
I did manage to complete a rather long manuscript which took the lead character through a series of time travel events. It was actually a combination of stories I had devised spanning three different time periods, across four different countries. The style was, in a way, reminiscent of a Michael Crichton novel. My intention was more to learn what worked and what didn’t, than to publish. I believe, in this, it was a success. I may look at adapting the story one day and putting it out as a finished work. Or it may just languish on the dusty back shelf forever.

Do you have any interesting writing-related anecdotes to share?
In my previous executive role, a frequent task involved writing complex proposals and funding requests. Occasionally, differences of opinion emerged between myself and my colleagues over the direction we should take. At times, I was required to provide plans and strategies that I disagreed with. This writing took a lot of effort. I would get frustrated and end up staring at the computer screen with a blank mind. To get my brain working I would write down the first thing that came into my head, usually a fictional scenario of some kind. This was later deleted but got my fingers busy and my mind in gear.

On one such occasion I had written three paragraphs of pure fancy about equipment suddenly gaining the ability to snoop on underperforming staff. Then my computer froze! Nothing I could do would convince the errant device to cooperate. So the I.T. help-desk was called. A technician dutifully attended and suggested I grab a coffee while he performed his magic. Several minutes later I returned, cup in hand, to find the technician sitting with a wide smirk across his face, reading my work of fiction. “You should take this up properly,” he quipped as he handed me back my seat. I had been sprung, and sunk into abject embarrassment. But the experience seeded an idea. And eventually, I heeded his sage advice.

On Track for Murder is available at Amazon, Barnes & Noble, and wherever books are sold.
Posted by J. David Core at 9:35 AM 2 comments: