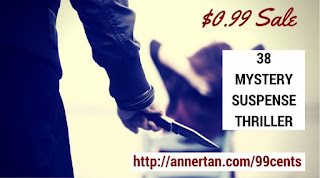 Happy Boxing Day! I hope you had a great Christmas. As a final promo for the year, I have reduced the price of Shared Disbelief, book 4 in the Lupa Schwartz mystery series, to 99¢. The story is being promoted as part of the 99¢ sale at Anne R. Tan's hub, and is running in conjunction with her monthly Instafreebie giveaway promo. You can find all of the titles in both promos by visiting Anne's promo pages, or you can get Shared Disbelief from Amazon's US, UK, Can, and AU pages. It's also available for discount from Kobo, Smashwords, B&N, and iBooks.

Pittsburgh PI Lupa Schwartz is out of his element, coerced into helping local police flush out a serial killer re-enacting the history of human sacrifice and martyrdom. Lacking the right skills to handle the case alone, he has been forced to give his chronicler a much larger and more dangerous role than her normal one as his Watson.
Gamut Magazine reporter Cattleya Hoskin has covered Lupa's work on many occasions, but his dependence on her in this case is unsettling. Asked to help subvert the FBI's interference with the case, and further taunt the killer by using her media contacts, her professional ethics are stretched to the limit.
With a killer bent on attacking religion by literally attacking the religious, Lupa and Cattleya face their hardest and most draining case yet. Relying on their individual strengths as much as each other, they're determined to put an end to the murders for good – even if it means crossing lines that should never be crossed.


The promo is running from December 26 to the 28. I hope you take advantage of this opportunity to find something great to read on your new eReader or the phone somebody special bought you this season. And if you didn't get a new device, use that gift card you were given to fill your old device with new stories. And don't forget to pick up some of the FREEBIES and sign up to some new author email lists. 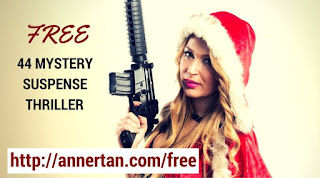 Several disparate and desperate souls have gathered in a community center in a small English village seeking salvation or healing from the traveling preacher who has come offering God’s grace. However, one person in particular, a nervous young man who has taken the floor asking to be heard, has a very specific miracle he’s come to seek. He is hoping to actually meet God on this day, or there will be hell to pay. 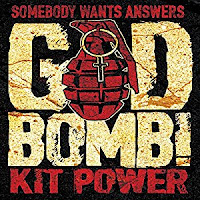 The God Bomb by Kit Power is a tense and spell-binding psychological thriller told through the eyes of numerous characters, each who has had the misfortune to have chosen the absolute worst day to try for their individual miracle. Each chapter moved in POV and each POV is assigned the title of a book of the Christian bible.

There’s the priest, a devoted man of God who fundamentally believes his own claims to be able to bring miracles to those who are genuinely deserving. There’s the born-again former druggie who now leads the band. There’s the militant atheist who has come to shower the fakir of a minister in rainbow glitter for spreading homophobic hate. There’s the crippled teen who sometimes believes in miracles, but no longer believes in them for herself. There’s the married couple expecting their first child, and there’s the man holding them all hostages with a bomb strapped to his chest.

As the story moves from POV to POV we learn of the motivations and prejudices each harbors. Some personalities we grow to like, others we grow to perhaps dislike; but in each case the characters are individuals with their own thoughts, opinions, fears, and desires. Some are brave and stoic. Some are reckless but well-meaning. Some are cowardly but trapped. Some are just frightened and want the whole thing to end peacefully. Spoiler alert, it doesn’t end peacefully. Throughout the story several of the hostages are murdered in cold blood by the bomber who wants to believe in God, but can’t fathom one who would allow him to do the terrible things he’s doing in His holy name when all He has to do is make an appearance to bring the carnage to an end.

The story carefully walks a very precarious tightrope. As a non-believer I found the approach of telling the story through the ideas of the characters to be safe but clever. A character who believes in God can tell the reader there is a God without it being the message of the book, while for believers, the atheist character’s struggle with faith can also be read as incidental to the story without coming across as the theme. In that sense, the story can be a Shrodinger’s cat – simultaneously faith-affirming and a testament to the futility of faith.

The audio book version is narrated by Chris Barnes whose Scottish accent keeps the listener anchored in the UK setting, which may otherwise have been taken for the deep south of the US, given that the preacher feels less Anglican and more Baptist in his approach to spreading the word. At times, it’s a bit of a struggle for an American ear to make out specific words, but the context quickly clears it up.

The story moves at a good pace, with the action starting from the very beginning and lasting ‘til the very last chapter. The style is intense but accessible, and the concept is unique but feels like it could have come straight from a real life news story. Among some of the best scenes are the deaths, told from the point-of-view of the victims, each realizing that he or she was passing, and each with a different take on how it felt and what it means.

If I had to find a negative, it would be that we only come to understand part of the motivation for what set this radical plan in motion; but we are given enough of it to know that something like this could happen, and that if it did, no amount of reasoning would ever make it seem justified. But whoever said faith has anything to do with reason?

The God Bomb is available on Audible.
Posted by J. David Core at 2:11 PM No comments:

For the past several months, author Renée Pawlish has been sponsoring a regular promo featuring bargain or free eBooks in the mystery and thriller genres. This December is no different. The promo this month is scheduled to run December 10th through the 11th and will feature free eBooks.

You can find the promo and all of the free titles by visiting this webpage.

I have decided to include Extreme Unction in this promo, although that title is technically perma-free. Many of you may already have it in your personal library. But to make this a deal, I'm also reducing the price of my box set, Twice Told, from $9.99 American to $3.49. The price is similarly reduced on the AU, CA, and UK Amazon sites.

Extreme Unction is the first novel in the Lupa Schwartz mystery series, and the box set, Twice Told, consists of books two through five, so it's a good and easy way to get the entire set for one low price. Meanwhile, Renée's promo* is also a great way to pick up several other free eBooks and discover a number of great new writers. 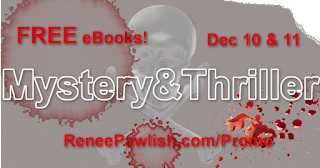 *Renée's promos are Amazon only. If you don't use Amazon, I'm sorry. There will be other non-Amazon promos in the future.
Posted by J. David Core at 11:00 PM 1 comment: