I was interviewed by Awesome Gang. It's live today. Here's the link. Give it a read!
Posted by J. David Core at 5:39 AM No comments: 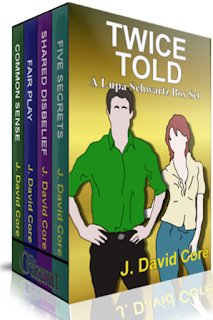 Twice Told, a collection containing all the Lupa Schwartz novels except for the first is now available in eBook format exclusively on Amazon. The first novel in the series, Extreme Unction, is also available in eBook on all online outlets, and it's still FREE. Twice Told is currently enrolled in Amazon Select, which means it's also available at no additional cost to members of Kindle Unlimited.

If you have a KU membership, there's never been and will never be a better opportunity to experience the Lupa Schwartz universe.

Extreme Unction tells the story of Cattleya Hoskin, a reporter for Gamut Magazine who has come to Pittsburgh with one objective; to meet the famous Lupa Schwartz, a PI who has established a reputation for intelligence, eccentricity, and controversy. Hoping to capitalize on a shared history (her father was legman for Schwartz's grandfather who was also a controversy-loving gumshoe,) Cattleya finds herself embroiled in a sensitive case involving euthanasia and the Catholic Church.

Twice Told then continues the story with Common Sense, a full-length novel which picks up with Cattleya learning that her ex-husband, with whom she had recently reconciled, has drowned while investigating a story he stole from her. Cattleya and Lupa descend upon Paine County, Ohio, a small community with huge secrets, to unravel a case involving graft, industrial sabotage, and political corruption.

Next we come to Fair Play. Composed of two novella length tales, Overlord and Counterfeit,  we explore the dynamics of the burgeoning relationship between our protags, as Cattleya leaves her home in Cleveland to establish permanent residence in Schwartz's Squirrel Hill neighborhood while working to solve (first) the live-on-television death of a TV reality star, and (second) a return to Paine County for their first under-cover sojourn to unravel the poisoning death of a small-town store manager.

Shared Disbelief then puts new pressure on Schwartz who must uncover a serial killer that only he can understand. He and Cattleya put their reputations and very lives on the line to stop a killer who at first nobody else believes even exists.

Finally, in Five Secrets a number of the minor mysteries hinted at in the preceding stories all come to a head as Schwartz and Cattleya again go deep under-cover to take down a huge cabal and shadow government. The stakes have never been higher, and clearly they've been pretty darned high before.

All of the books can be purchased individually or (with the box set) for less than $10 - or FREE with your Prime membership by visiting my Amazon author page.

Please note: during the 90-day exclusive enrollment period in Select, none of the individual novels other than Extreme Unction will be available in digital format through any other online retailers. However the entire series and the box set will be available once again in wide distribution on March 19, 2016 when the enrollment period concludes.
Posted by J. David Core at 10:35 PM No comments:

Why Lupa Schwartz seems to have a "girl's name" 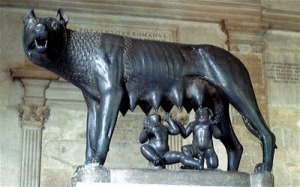 The titular hero of the Lupa Schwartz mystery series has a strange first name which has caused several people to assume that Lupa is the female character suggested at on the eBook covers. This, I admit, is a reasonable assumption since Lupa, traditionally refers to a she-wolf. Specifically, Lupa is the name given the she-wolf who – according to legend – suckled the orphaned twin brothers Romulus and Remus, founders of the city of Rome.
But there’s a reason behind this seemingly odd choice of nomenclature. Well, actually there are several reasons. There’s the reason his parents chose this appellation, and there’s the reason I – the author – chose this moniker. To explain why, I have to make you, the reader, familiar with backstory and homage.
Here’s the backstory. Lupa Schwartz is the Balkan born son of an ex-CIA operative and his former-freedom-fighter wife who years earlier joined the underground opposition against Yugoslavia’s tyrannical Tito government. His father, Solomon Vladimir Schwartz, and his mother, Carla Schwartz, raised him as a Jew in one of the rare Balkan Jewish enclaves. When her son was born, she named him Lupa after the alias her own father had once used, August Lupa. When Solomon noted that Lupa means she-wolf, Carla countered that her own name is the feminized version of Charles, which literally means “strong man.” And Solomon, for that matter had a middle name meaning “Lady of the Lake.” Gender-bender forenames were – after all – a family tradition. 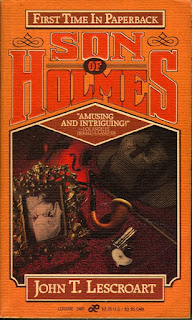 But now for the real-world reason. The Lupa Schwartz series is thinly veiled pastiche of the Nero Wolfe series of mystery novels. And the Nero Wolfe books were a pastiche of the Sherlock Holmes series. The Nero Wolfe books were written by a man named Rex Stout. Nero, as you may realize, is the name of a Roman emperor. In one of the books a character mentions this fact to Wolfe, and he counters that he was not named for an emperor but rather for a mountain. The mountain he was referring to would be Monte Negro, a Balkan mountain which shares its name with a small Balkan country (and former Yugoslavian state.) Wolfe was claiming that his name is a variant of Negro – which means black; making his full name Black Wolfe. (Schwartz, by the way, means black.)
Knowing this story, when I was creating the series, I decided that my character’s name would be a variant of black wolf. I also knew that in the series, Wolfe had a daughter named Carla. Carla’s last name was Lovchen, and Lovchen was also the name of a Yugoslavian mountain. Is there a mountain anywhere in the world, I wondered, named for a wolf? As it happens, there is. Mount Lupa is in Antarctica near Romulus Glacier.
And it happens that there’s also a previously existing homage to the Nero Wolfe books written by the author John Lescroat. His character, Auguste Lupa, frequently uses aliases pairing a word meaning wolf with the name of a Roman emperor. Remember earlier when I mentioned that Carla chose the name Lupa as it was an alias previously employed by her father, Nero Wolfe?
So there you have it. I carefully chose the name Lupa because it’s both the name of a mountain and a wolf; and I can justify the fact that it’s traditionally a feminine name by employing the serendipitous happenstance that the character who I had chosen to make his mother had been given a cross-gender name by the very author who’s series I am paying homage to.
Posted by J. David Core at 10:50 PM No comments: