Opinion: Free Speech and Bad Taste in re The Interview 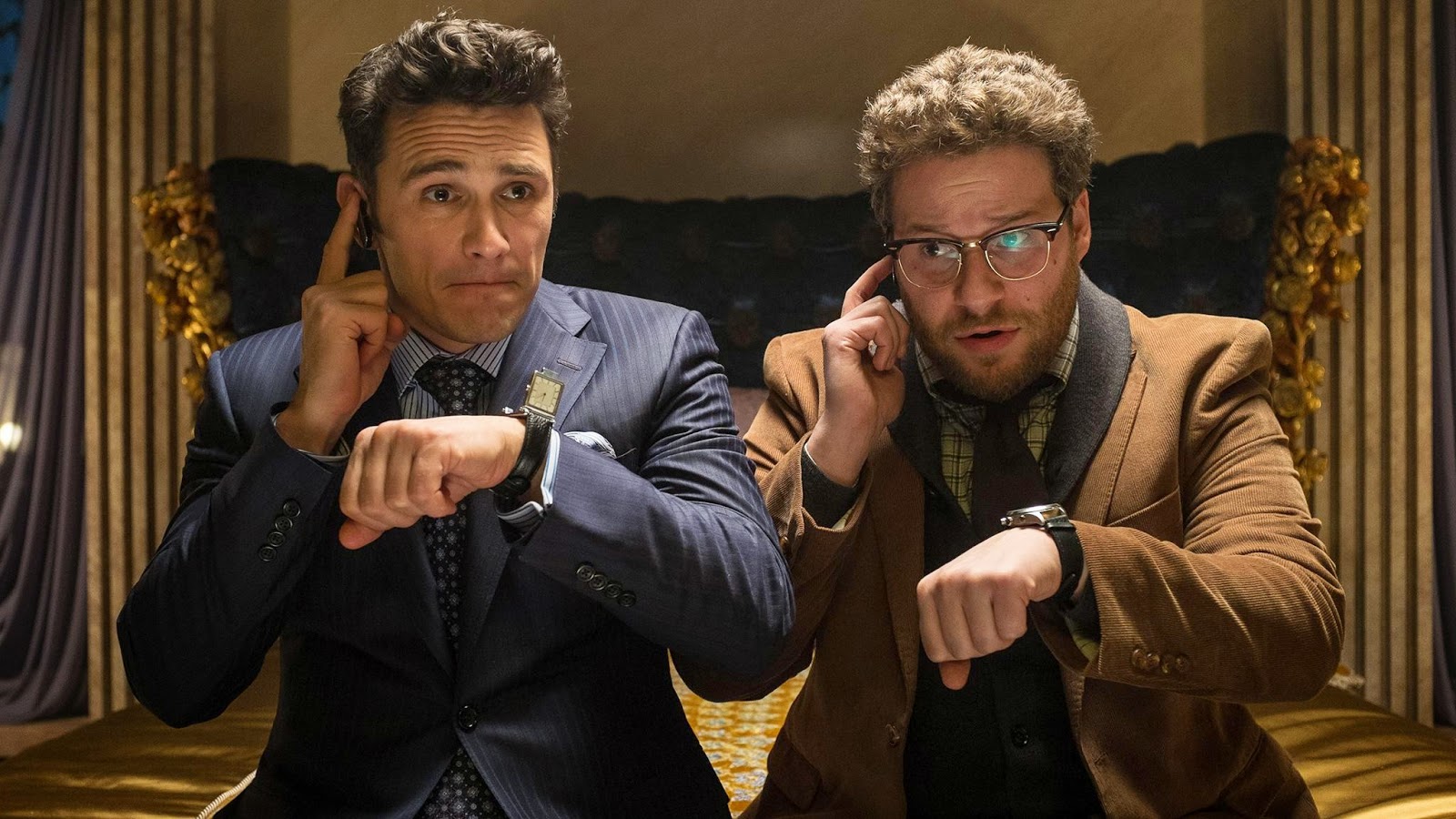 I watched The Interview last night. It’s a silly movie with a ridiculous plot, but it’s funny in a way that only dark humor can be. I had decided that I wanted to watch it long before the controversy began over the movie. (I wouldn’t call it a film. That’s a highbrow word used to define art-house/Oscar contenders.) I like Seth Rogan and James Franco. Always have ever since their Freaks and Geeks days. I enjoyed Pineapple Express and This is the End. So I was looking forward to spending my Christmas day in a movie theater enjoying the two of them being ridiculous together. That’s it. I had no political agenda, and I didn’t assume the movie had one either.

Now, I’m not going to bother analyzing or deconstructing the free thought issues or the geo-political ramifications of Sony buckling under to hackers who may or may not have been acting on behalf of the North Korean government. Rather, I’m going to answer an annoying meme which has been riding coattail on the political discussion associated with Sony’s decision to yank the movie from most movie theaters. That meme being that the film crossed some imaginary line by making a joke of the assassination of a living political leader.

Crossed a line? What line? It was an American comedy movie. A farce. It was over-the-top, socio-political mockery. There is no line.

Did it cross a line because it was a comedy about murdering somebody? If so, then a lot of American movies have crossed that line over the years: Arsenic and Old lace, The Trouble with Harry, Throw Mama from the Train; and some of them were about true stories where actual people were either murdered or attempts were made: I Love You to Death, The Positively True Adventures of the Alleged Texas Cheerleader-Murdering Mom, Fargo, Bernie. Comedies about death and suffering are as old as comedy itself. Humour noir can be found in the writing of Voltaire (Candide,) Edgar Allen Poe (The Cask of Amontillado,) even as far back as Aristophanes (The Frogs.)

So what line does The Interview actually cross? Did it cross a line because it suggests that governments make assassination attempts on foreign dignitaries? Because it is not the first movie to make that claim: Inglourious Basterds (American service men attempt to assassinate Hitler,) Assassination Attempt (Germany conspires to kill FDR, Churchill, and Stalin,) JFK (movie which posits that the Kennedy murder was a giant intergovernmental plot and cover-up.) Or is it simply wrong to spoof the leaders of foreign governments? Because that has been done before as well by everyone from the Three Stooges to Charlie Chaplain to Dan Aykroyd and Chevy Chase.

Perhaps it crossed a line because it suggests that the American government utilizes celebrities and other non-government persons to do its dirty work. If so, somebody should have told George Clooney he was off base when he made Confessions of a Dangerous Mind. And nobody better ever make a movie about the 1960 plot to kill Castro where the CIA asked for mob boss Sam Giancano’s help. And speaking of celebrity spies, Mata Hari anyone?

Or maybe it crossed a line because since 1976 it has been American policy that we do not assassinate foreign leaders. “Yeah, right,” said Saddam Hussein, Muammar Gaddafi, and Hugo Chavez.

Was it line-crossing because Kim Jong-Un is a living person, and it’s wrong to make a comedy movie about a real person’s fictional death? If so, this is the second time Rogan and Franco have made that gaffe. In This is the End Michael Cera playing Michael Cera is impaled by a light post, Rhianna as Rhianna falls into an abyss, and Jonah Hill as Jonah Hill is engulfed in flames among others. Other movies where actual living persons are fictionally killed include Bill Murray in Zombieland, and Alec Baldwin in Team America: World Police. There was also a film made in 2006 in Britain about the fictional assassination of then living and acting US President George W. Bush. The film was called Death of a President, and it pissed off a lot of people, but nobody tried to ban it, and it got little attention because – frankly – it wasn’t that good a movie.

The bottom line is that The Interview doesn’t really break any new ground nor does it flout any unfloutable taboos.  It’s satire and it’s a black comedy, and whether it’s a good or bad movie doesn’t really matter. They had a right to make it, and we have a right to watch it. Good taste, bad taste, appropriate or not, that’s a personal matter for individuals to decide for themselves.
Posted by J. David Core at 6:00 AM No comments: 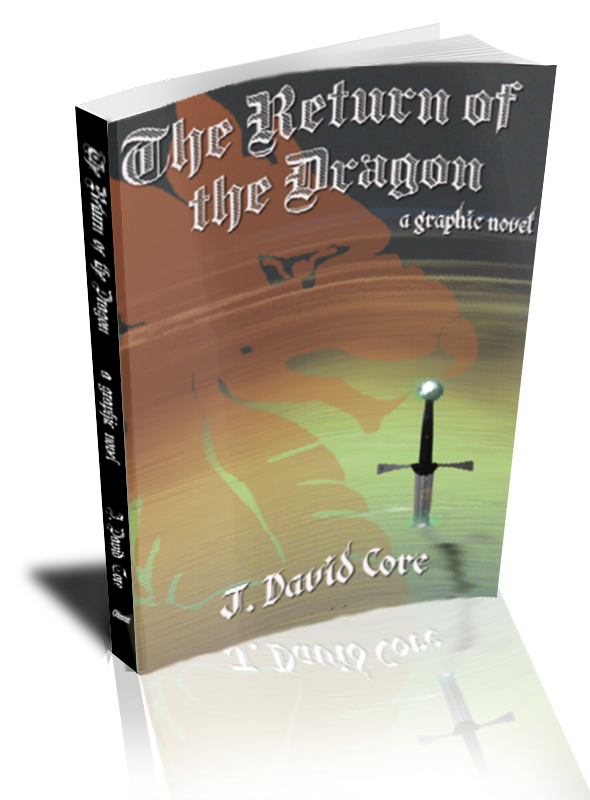 Eventually, I hope to also make it available through Comixology, and perhaps a few other comics related sites. It's presently enrolled in KDP select, and is available for the kindle at the low introductory price of only $2.99. Or you can get it for free if you are enrolled in KU. I will be raising the price after the holidays, and there may or may not be a countdown deal or a few free days, but I'll only be announcing that through my newsletter and eBook related marketing sites.
Posted by J. David Core at 7:57 AM No comments: 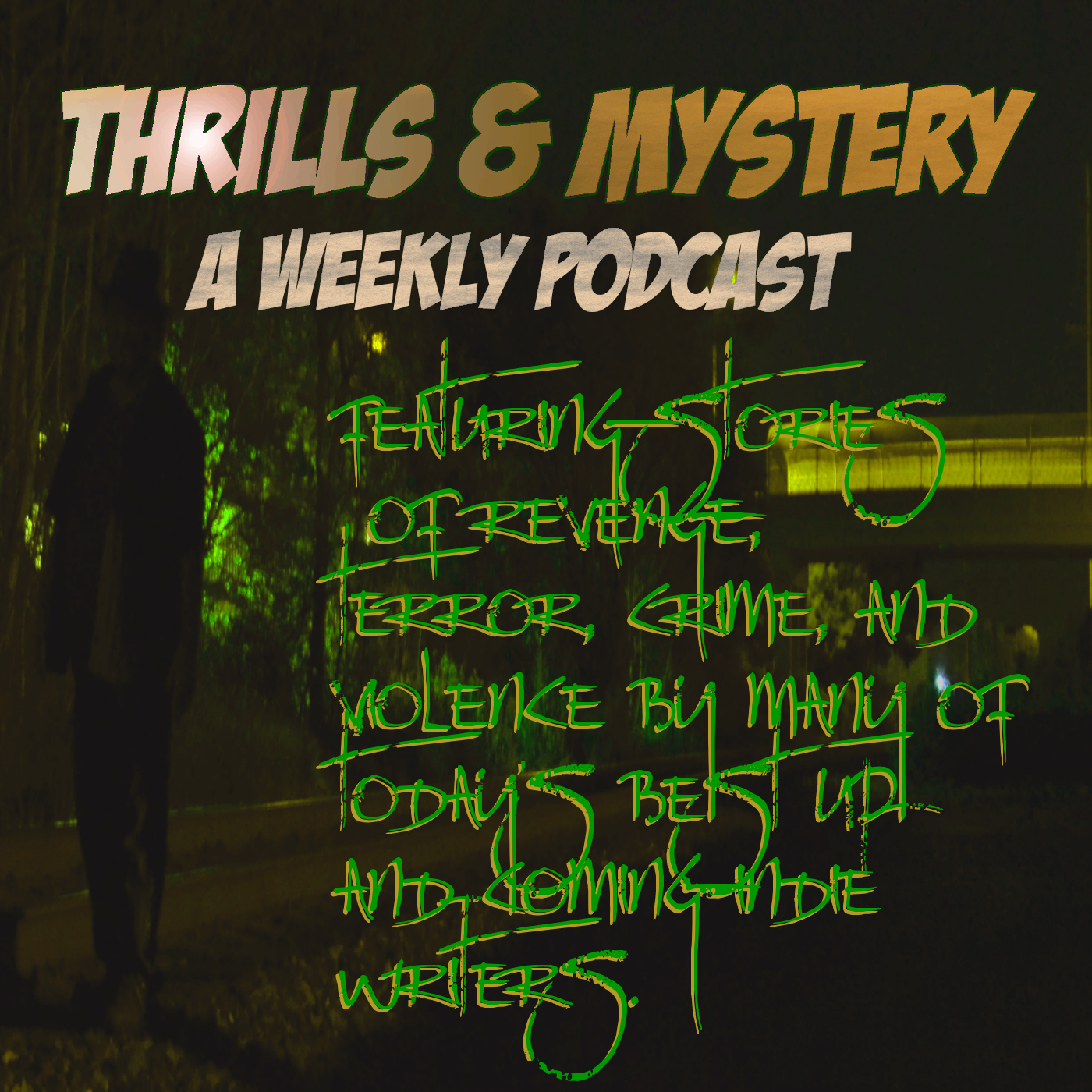 A few months ago I announced that I was beginning a website for mystery/thriller/crime writers and their fans called thrillsandmystery.com. The basic idea was for indie pulp writers to post a fraction of a short which readers would upvote for inclusion in an anthology. But the community never got excited about that idea. So I’m tweaking it.

Beginning next year, I’m adding a podcast element. Once a week I’ll release an audio version of one of the stories, so people who find the website can subscribe to the podcast, or vice versa. Stories included in the podcast will be bookended with front and back matter promoting the featured writer so we can promote your website,  your blog, your Amazon author page, or your newsletter, or whatever you like.

Stories featured on the podcast will also appear in the anthology, and the writer can have the option to read his/her story him/her self if he/she prefers.

The idea here is discoverabilty. This only works if we blog about it, share on social media, mention it in interviews, etc. I’m paying for the webhosting out of pocket. There will be an rss feed and availability through iTunes. And all YOU have to do is submit stories and tell people about YOUR story.

So come on, dust off that revenge story you wrote a few years ago, or finish that heist yarn you began but never finished, or write up that nightmare you had last week where you were being chased through an old vacant apartment building, and submit it. I don’t ask for any ownership, just the right to podcast it and include it in an anthology.

Something to Read, Omnibus Edition

Earlier this year I participated in two editions of a charity anthology collection to help raise funds for Children's Hospital charities through Wallace and Grommit's Grand Appeal. The three collections were entitled, Something To Take On The Ride, Something For The Journey, and Something To Take On The Trip. My stories, A Routine Sunday and The Not Wanting, appeared in issues one and three respectively. To date, those projects have collected £250 or nearly $400 American. Now all 100 stories have been collected into one omnibus edition which was first made available on Amazon for "Black Friday" sales on November 28 of this year. Soon, a paperback version will also be made available.

The collection features stories by authors of such renown as Kevin J Anderson, David Gerrold and Ron McLarty. There is a dedicated Facebook page for the Omnibus version available here.