It's March madness if by madness you mean free books featuring female sleuths. Anne R. Tan is hosting a book funnel giveaway with 37 titles available. Visit this link from now 'til March 31 for the details.

Meanwhile, this weekend also marks the return of Renée Pawlish's monthly promo. 38 mystery and thriller titles for 99¢ are available from Amazon for your kindle at this link. 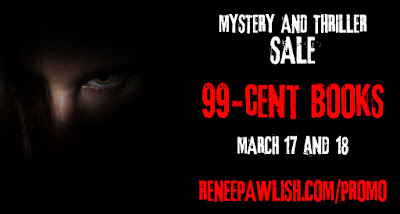 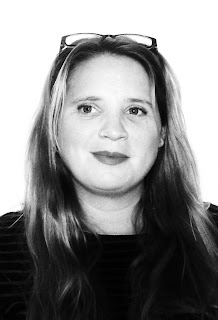 Sarah Scholefield initially trained as molecular biologist gaining a BSc (Hons) in Biology from The University of the West of England. After realising she wasn’t cut out for life in a laboratory she worked in numerous schools across the West Country.
She has always enjoyed making up stories in her head and finally began to write them down. In 2014 she gained an MA in Creative Writing from Bath Spa University. Redferne Lane is her first novel.
She lives in Somerset with her husband and children.

Ezra had it all when he died. A good job. A nice house. His loving wife, Grace.

Grace doesn’t even realise she’s struggling to keep herself together. Until Torin turns up in Redferne Lane. It’s been nearly two years since Grace has seen Torin. Since Ezra’s funeral. Now Torin is back in her life, emotions from the past are resurfacing and Grace begins to realise elements of her life are going wrong. She’s not sure she can take control.

But Grace isn’t the only one with problems in Redferne Lane. Josie has a husband and young family to contend with. Ada is facing the difficulties of old age. Jerome thinks he’s found the perfect girl. Eliza just wants to grow up. And Torin isn’t sure he should have what he wants. They all begin to turn to Grace for answers. Can Grace look beyond her own difficulties and help those around her, even while she’s trying to save herself?

Who are your influences?
The first writer that really got me into reading was Sebastian Faulks. I read ‘Birdsong’ and was smitten. At the moment, I particularly enjoy Maggie O’Farrell, David Nichols and for literary indulgence I always go back to Jane Austen. 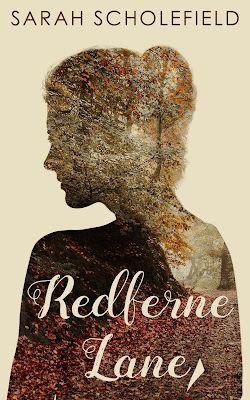 When did you begin writing?
I started making some primitive scratchings around 2003. I’ve been writing with intent since 2010. In 2013/14 I did an MA in Creative Writing, which really helped my writing.

How do you come up with your stories, characters, character names, POV, etc?
It all usually starts with daydreaming. Perhaps I’ll see or hear something that interests me, maybe something someone says or a picture. Then I’ll go for a wander in my head with that thing and start building a character or a situation. Characters usually come first for me and I can hear them in my head. Then I’ll start writing and play with aspects, like POV and tense and see what feels right. I’ll add some concrete facts, like personal attributes and setting. Then work out what the arc of the story is about and whether I can take that further.

Do you work from an outline?
Yes, but often it’s vague and always changes!

Tell me about your favorite scene in your novel.
My favourite scene in Redferne Lane is when Torin first comes back to see Grace, it’s quite near the beginning of the novel. It was one of the first scenes I ever wrote with Torin and I loved writing him from the moment he hit the page. In that scene I love the tension between Torin and Grace, and all the things that go unsaid.

Can you tell us a little about your writing philosophy?
I try to make sure I sit down to write every day. It’s not always possible, so I try not to give myself a hard time (unless I know I’m slacking!). If I know I can’t write for a couple of days I make sure to give my work some mental time, which is often really beneficial anyway. I don’t reread much of what I’ve written the previous day, just a paragraph or two to remind myself where I am. Only if I get really stuck with a plotline or when I’ve finished the first draft do I go back and start reading and editing.

Have you ever tried writing in any other genres?
I love reading YA fiction (although I am certainly not a YA anymore!) and I’ve been playing with writing some of my own, we’ll see where that goes in the future.

You can follow Sarah here:
www.sarahscholefield.com
www.facebook.com/scholefield.sarah
@SJLScholefield
www.goodreads.com/SarahScholefield
Her novel ‘Redferne Lane’ is available from Amazon.
Posted by J. David Core at 11:07 PM No comments: