Book Review: The Spirit and the Shadow by Thomas P. Lavalle and Brandon L. Swope

Detective Robert Garrison is an investigator in the Vampire-Human division of the LAPD. He’s human. Detective Aiden Lawson is Garrison’s partner. He’s a vampire. Together they investigate any incident involving human-vampire violence – whether vamp on human or human on vamp in nature. When a human victim turns up in an alleyway with his throat half ripped out in an uncharacteristic attack, the two are pulled into a case that draws them into an international conspiracy involving assassination squads, covert operatives and a mysterious package. 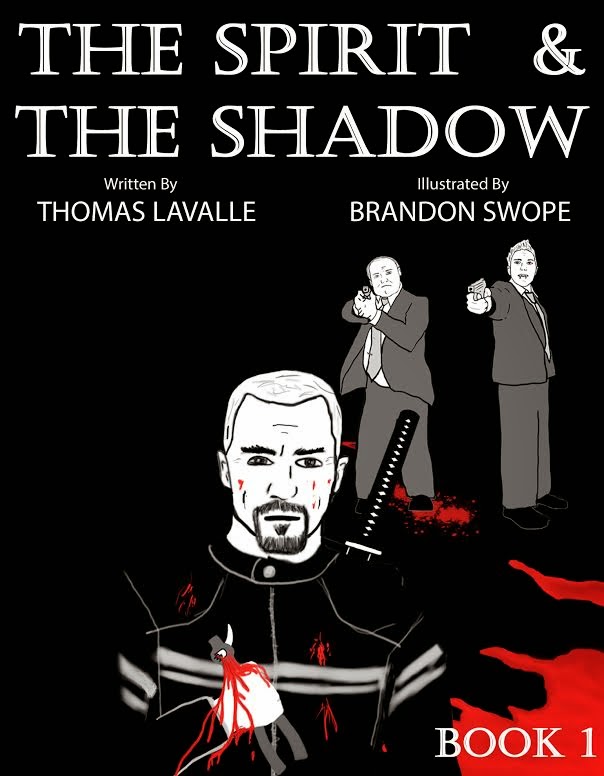 The Spirit and the Shadow is Book One in a proposed series of graphic novels written by Thomas P. Lavalle and illustrated by Brandon L. Swope. Actually, it’s less a graphic novel and more a novella in script form with an ongoing story-board. There are no speech or thought balloons, no narrative paragraphs, and no consistent panel-for-panel visual arc. The illustrations use only two colors, black and red, and the red is not used sparingly.


Storywise, The Spirit and the Shadow weaves a very clever vision which seems to have been conceived as a television series for Netflix or HBO. It’s just that violent and has some adult language, but it’s missing the requisite nudity that would assure it a second season on paid cable or subscription Net service. It has a well-developed and involved mythology which tows the line of the usual vampire tropes while tweaking the genre in some very original ways.

Illustratively, it’s a little amateurish. Stylistically, the drawings look like something which would have been submitted as concept art to a professional to be fleshed out; and many of the drawings are used repetitively – which comes across as lazy; although the artist does introduce some clever ideas into the mix. For example, in a few sequences, if the reader pages through the images quickly, there’s something of a flipbook animation gimmick which unexpectedly materializes.

The Spirit and the Shadow ends in a cliff hanger, which is probably intended to go several episodes if not establish an indefinite series. The concept and story are probably strong enough to support that aspiration. However, other than family and friends of the creative team, I don’t think a general audience will embrace the script format or the monotony of the repetitive images.

You can get all the info on their book at their website: thespiritandtheshadow.com. 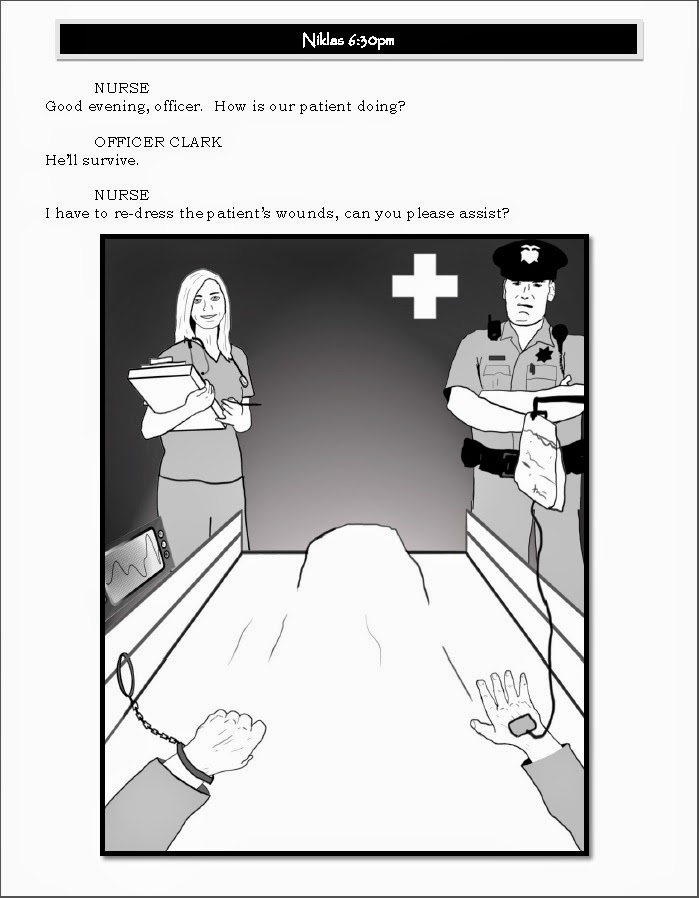 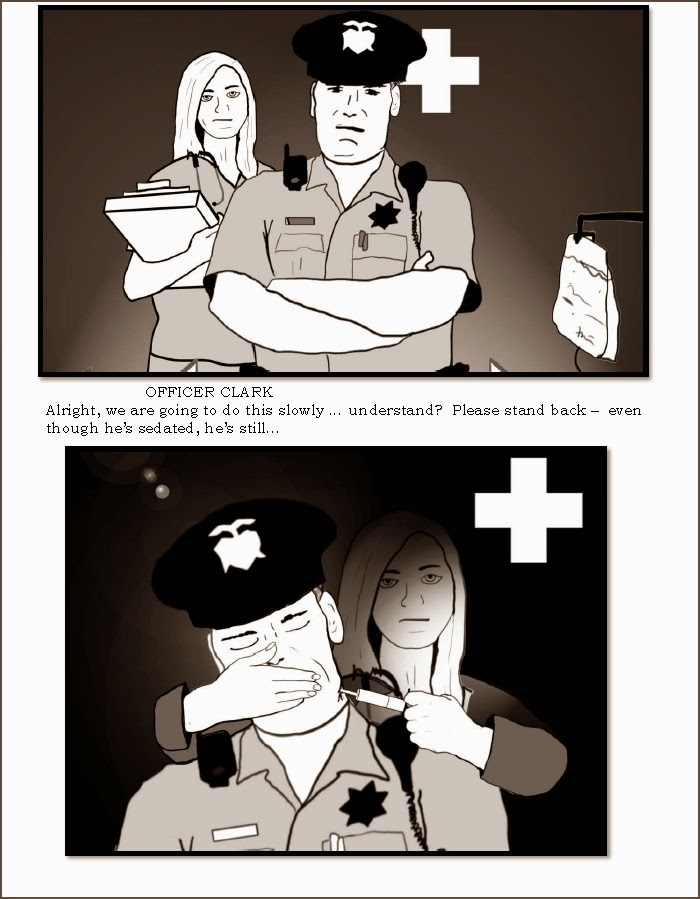 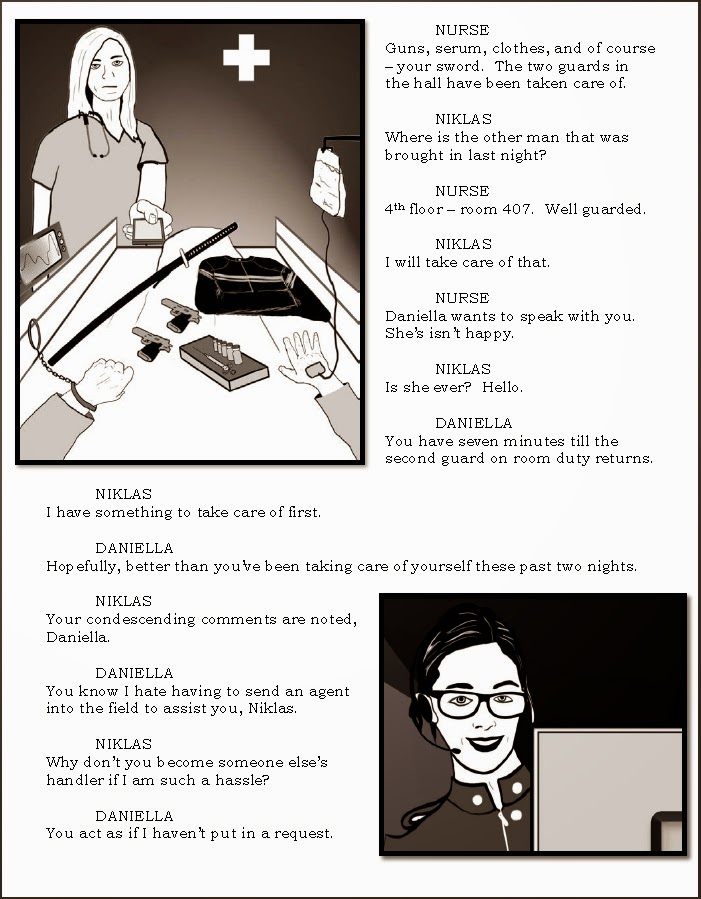