Christopher Bardsley lives and works in Melbourne, Australia. He undertook his studies at the University of Melbourne, where he received a Bachelor of Arts and a Master of Teaching. In 2012, he was the recipient of the Above Water prize for fiction. While he is primarily an author of novels, his interests also include modern and ancient history, with a particular focus on interpreting extremism. Christopher teaches literature and history at independent schools in Victoria. Jack Was Here is his first novel. 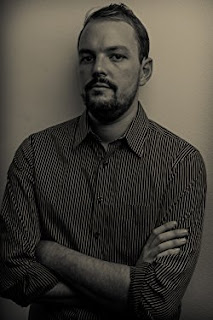 Jack Was Here
Hugh Fitzgerald is losing control. In the aftermath of a traumatic end to his military career, his life has disintegrated. Hugh is approaching the end of his tether when a desperate plea for help arrives from a most unexpected quarter.
Nineteen-year-old Jack Kerr, halfway through a coming-of-age trip to Thailand, has disappeared. He has left few traces, little information, and absolutely no answers. As the days turn into weeks, his parents grow increasingly frantic.
They approach Hugh with a simple request; do whatever it takes to find their son, and do whatever it takes to bring him home. It sounds easy enough. The money is right. More importantly, it’s something to do–something useful.
But as soon as Hugh touches down in Thailand, the illusion of control begins to slip through his fingers. Jack’s warm trail is easy to find, but it leads somewhere unimaginable. Finally, as he closes in, Hugh is forced to resort to increasingly desperate measures.
Jack Was Here is an intoxicating glimpse into Thailand’s underworld.
A startling debut from Christopher Bardsley.

How do you come up with your stories, characters, character names, POV, etc?
I’m always on the hunt. Anybody spending too much time in my vicinity is likely to have their personality harvested for interesting quirks. Character names are plucked from here and there, and mashed together until they seem reasonably plausible. My imagination is a bit of a blender. To be perfectly honest, I don’t actually know where it all comes from. I don’t need to know, either, and it’s not something that I spend too much time contemplating. In terms of point-of- view, most of my work has been in the first person. That’s not a rule by any means, but I do prefer the subjective to that omnipotent third-person voice-of- god that can be so difficult to manage.

When did you begin writing?
As soon as I could, really. If the question is when I began properly focusing on writing, I would say that was around the age of nineteen or twenty. Since then, I’ve constantly had some sort of long-form project on simmer. Most of the early work is wedged safely at the bottom of a drawer, of course, but the apprenticeship in this trade is probably not something to be rushed. I’ve always been vaguely suspicious of the how-to- write industry, and I’ve never had any formal training in writing fiction.

Do you work from an outline?
I do work from an outline, but it’s a very nebulous one. I never know exactly how my stories will end when I begin writing them. I think it’s important to give your characters enough room to make their own decisions. The outline evolves as the novel progresses, and the plot can often veer off in wildly unexpected directions. I think the danger of having too much structure in your planning is that you can fall into the trap of designing a story around what you see as its message. Whatever meaning a work of fiction might generate is a rather private interaction between the novel and its readers. This is not something that the writer should curate too deliberately, lest the plot descend into a clunky parable.

Tell me about your favorite scene in your novel.
I do particularly like the scenes that revolve around the full-moon party on Koh Samui. This is perhaps the most lurid and violent section of a lurid and violent novel, and I hope the atmosphere does tribute to this fairly remarkable spectacle. Anybody who has ever had the dubious pleasure of attending one of these parties might agree that it makes for an arresting backdrop. I found it both ugly and compelling, doubly so when I made the mistake of returning to the scene of the crime in later years. 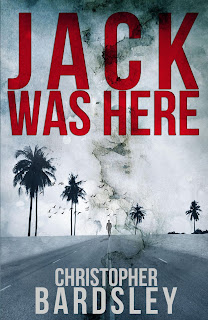 The southern islands of Thailand have been so thoroughly ruined by the tourist industry that it is impossible not to feel a little nostalgia for what they might have been before, even if you were never there to see it for yourself. A reviewer recently (and correctly) speculated that Jack Was Here is unlikely to be endorsed by the tourist board of Thailand. I sincerely hope that the novel doesn’t read as an indictment of the country. I love Thailand, and I have spent a lot of time there over the years. Enough time, though, to get a sense of the dangers particular to the backpacker scene. Westerners have been coming to untidy ends in the tropics for centuries. There is something underneath all that white sand and neon that can send otherwise sensible people unstuck. I’ve seen it myself more than once.
This is a fairly violent novel.

What are your thoughts on violence in fiction?
I did have to deploy a certain amount of violence in order to realise the plot of Jack Was Here. Personally, I don’t necessarily object to violence in a work of fiction, but I do think that it has to be there for a reason. I am not interested in bloodshed and suffering as a form of entertainment in and of itself. I think that it’s irresponsible to celebrate or glamorise violence, and I can think of more than a few famous writers and directors who are guilty of this. It must serve a purpose. This novel is ridden with conflict, and killing has completely defined the life of the protagonist. Hugh is already a profoundly traumatised character at the beginning of the novel, and I would hope that readers understand that each act of violence he commits actually takes him further and further from his goal. In certain circumstances, good people are capable of perfectly dreadful acts. This is one of the great conundrums of human nature, and makes compelling subject matter for any author.

Have you ever tried writing in any other genres?
I wouldn’t consider myself overly bound to any genre in particular. I have a secret yen to write a sci-fi novel. This would be an undertaking to be approached carefully, though. Science Fiction is a wonderful genre, but terribly uneven. If you’re planning to create an entire universe, then your technique has to be on par with your imagination. Managing exposition is enough of a challenge in the real world.

What advice would you offer to a young writer?
Stubbornness is a deeply underrated quality for any writer. To paraphrase Vonnegut, talent is actually surprisingly common. What is rare is the ability to endure the life of a writer. Writing novels is not a pleasant or glamorous pursuit. It can be frustrating, lonely, and there are no guarantees in this business. Your motivation cannot depend on external validation. There will be a million opportunities to quit. Real writers push forward, treat their trade seriously, and believe in themselves. You have to keep the fire burning on your own.