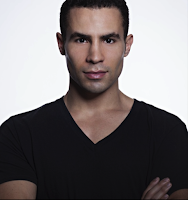 Ted Galdi is the author of the bestselling novel Elixir. The book is a winner of a Reader Views Reviewers Choice Award and a Silver Medal in the Readers' Favorite Book Awards. Ted is a graduate of Duke University and lives in Los Angeles. He has been featured by ABC and FOX television, iHeartRadio, Examiner, and many other media outlets. His second novel, An American Cage, is set for release Fall 2017.

An American Cage
Three inmates break out of a maximum-security prison in Texas, one of them Danny Marsh, a suburban kid in his twenties who landed in jail because of a crime he never intended to commit. An American Cage follows Danny and his two escape partners over a twenty-four-hour period as they struggle to cross Texas to freedom in Mexico. On this dangerous journey, Danny has to evade the rabid Texas authorities, and even worse, the schemes of one of his closest allies, who isn't who he seems.

Who are your influences?
My favorite author is John Updike. Unlike me, he wasn't a thriller writer. But the best elements of his work transcend genre. I think any fiction writer would benefit from reading him. His plots aren't necessarily "exciting" per the mainstream definition of the word. They mainly feature everyday people in everyday settings. This, however, leaves him nothing to hide behind, and makes you realize how good of a writer he was. Often, car chases and explosions can divert a reader's attention from bland writing. When reading Updike, something as simple as a man going for a jog can be captivating. The descriptions, constant psychological probing, and subtle tie-ins of common suburban situations to profound philosophical movements make for a unique reading experience. 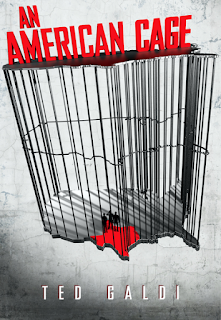 When did you begin writing?
"Professionally," with the publication of my first novel, Elixir, in 2014. However, it all started when I was a kid. I wrote a whole bunch of stuff along the way, from short stories to comedy skits to screenplays. I tried selling a few scripts to Hollywood when I was younger. No sales. However, the experience was great. It taught me a lot about "feature length" storytelling and how to structure a longer story through multiple acts, which of course is an essential part of novel writing.

How do you come up with your stories, characters, character names, POV, etc?
The stories themselves always start with a message. A simple, one-sentence pronouncement of what I want the story to "say." The characters and plot become an extension of that. Like most other writers I assume, I begin my character work with a protagonist. I'll ask myself, "Who's the best person to deliver my message?" Supporting characters often act as weights and counterweights that pull the protagonist in different directions concerning the message. They should serve to show the various sides of the "argument" underpinning the theme. They naturally evolve in my mind once I have an image of the main character fleshed out.
As for names, the most important thing is for them to be a demographic fit with the character, or else they'll seem forced. Culture, geography, age, and socioeconomic status all contribute to a name. It's sometimes interesting to concoct a name as a reference. For instance, if a character is a symbol of something, you can allude to that via the character's name. However, this only works if the name sounds authentic.
POV choices are important. I try to make them in the broader context of the story, in addition to the "here and now" of a scene. The POV structure of my first book, Elixir, is very different than that of my second, An American Cage. Elixir is a seven-year saga following the protagonist, Sean Malone, all across the globe. He is the central part of the vast majority of scenes and the only character whose internal thoughts are described. An American Cage, on the other hand, takes place over a twenty-four-hour period. I use a variety of POVs in addition to protagonist Danny Marsh's, which I feel adds depth to the pacing of the one-day story.

Do you work from an outline?
Yes, but not a very detailed one. Outlines are important, but jumping into the story and getting a feel for the characters as they talk and think is also important. A character you initially envisioned one way may change as you get to know her better. It's obviously impossible to anticipate these changes in a pre-draft outline, so investing a lot of time into one can be a waste. At least for me.

Can you tell us a little about your writing philosophy?
I try to write things that are heart-pumping and thought-provoking at the same time. I see a lot of writing that's one or the other, but very rarely something that's both. Who knows if I'm actually pulling it off. But I'm at least trying.

Have you ever tried writing in any other genres?
When I was a teenager I used to love writing comedy. I'd write up sketches that my friends and I would videotape. Humor is important. Though An American Cage is very much so a serious thriller, I put a few things in there that will hopefully make people laugh. A touch of humor helps balance out the intensity of drama.

Do you have any interesting writing-related anecdotes to share?
I sometimes get asked why I don't use my full name as my author name, i.e., why I go by "Ted" versus whatever Ted is short for. Well, it's not short for anything. My real first name is simply Ted. Not Edward. Not Theodore. Not Thaddeus. Three letters, one syllable. I guess my parents were "into the whole brevity thing."