Guest Post: Was Frankenstein a zombie, or a sci-fi cyborg? by Leah Rhyne 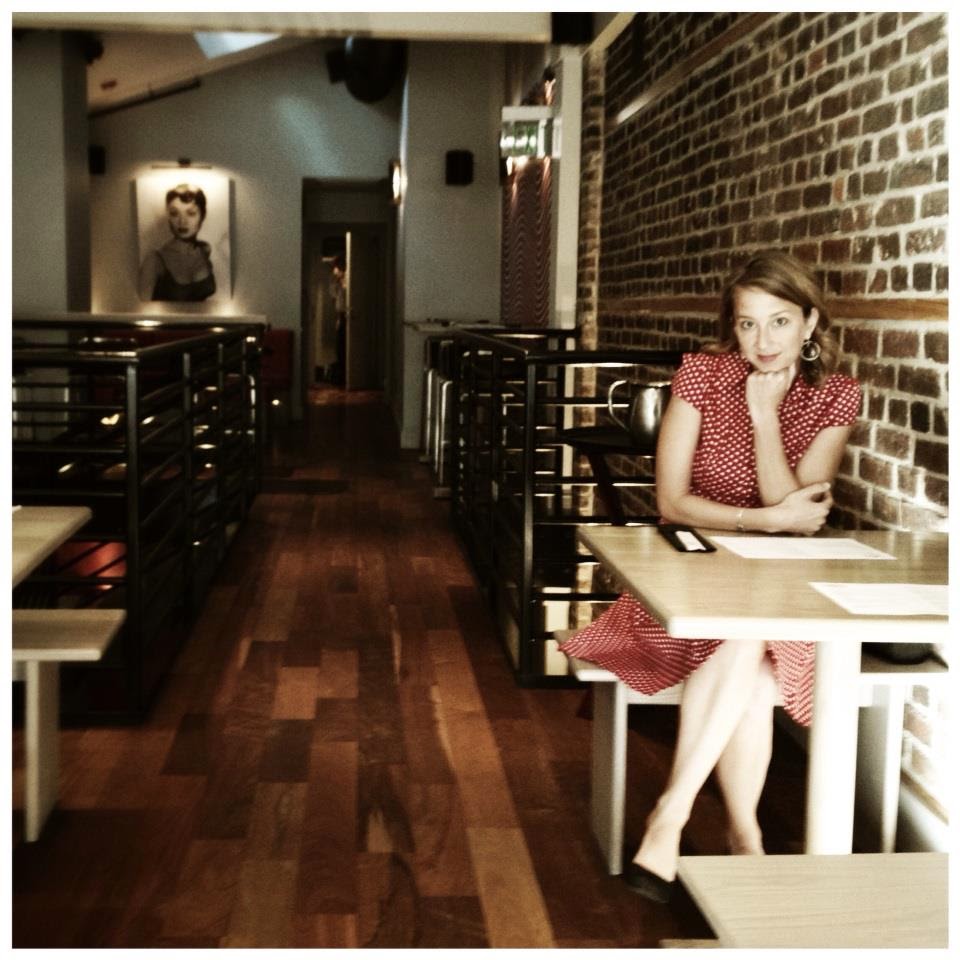 Today's guest post comes to us from Leah Rhyne. Leah is a Jersey girl who's lived in the South so long she's lost her accent...but never her attitude. After spending most of her childhood watching movies like Star Wars, Alien(s), and A Nightmare On Elm Street, and reading books like Stephen King's The Shining or It, Leah now writes tales of horror and science fiction. Her first novel, Undead America Volume 1: Zombie Days, Campfire Nights, released in the fall of 2012, and it’s sequel, No Angels, released in the fall of 2013. The final book in the trilogy is coming in 2014. She writes for LitReactor.com, The Charleston City Paper, and for herself at www.leahrhyne.com. Leah lives with her husband, daughter, and a small menagerie of pets. In her barely-there spare time, she loves running and yoga.

Her horror/sci-fi novel, JO, was released yesterday, and I will be reviewing it for my Halloween posting on this blog. Here's the blurb:


Jolene Hall is dead – sort of. She can walk, think and talk, but her heart doesn't
beat and her lungs stopped breathing ages ago. Her body’s a mosaic of jagged wounds and stapled flesh. 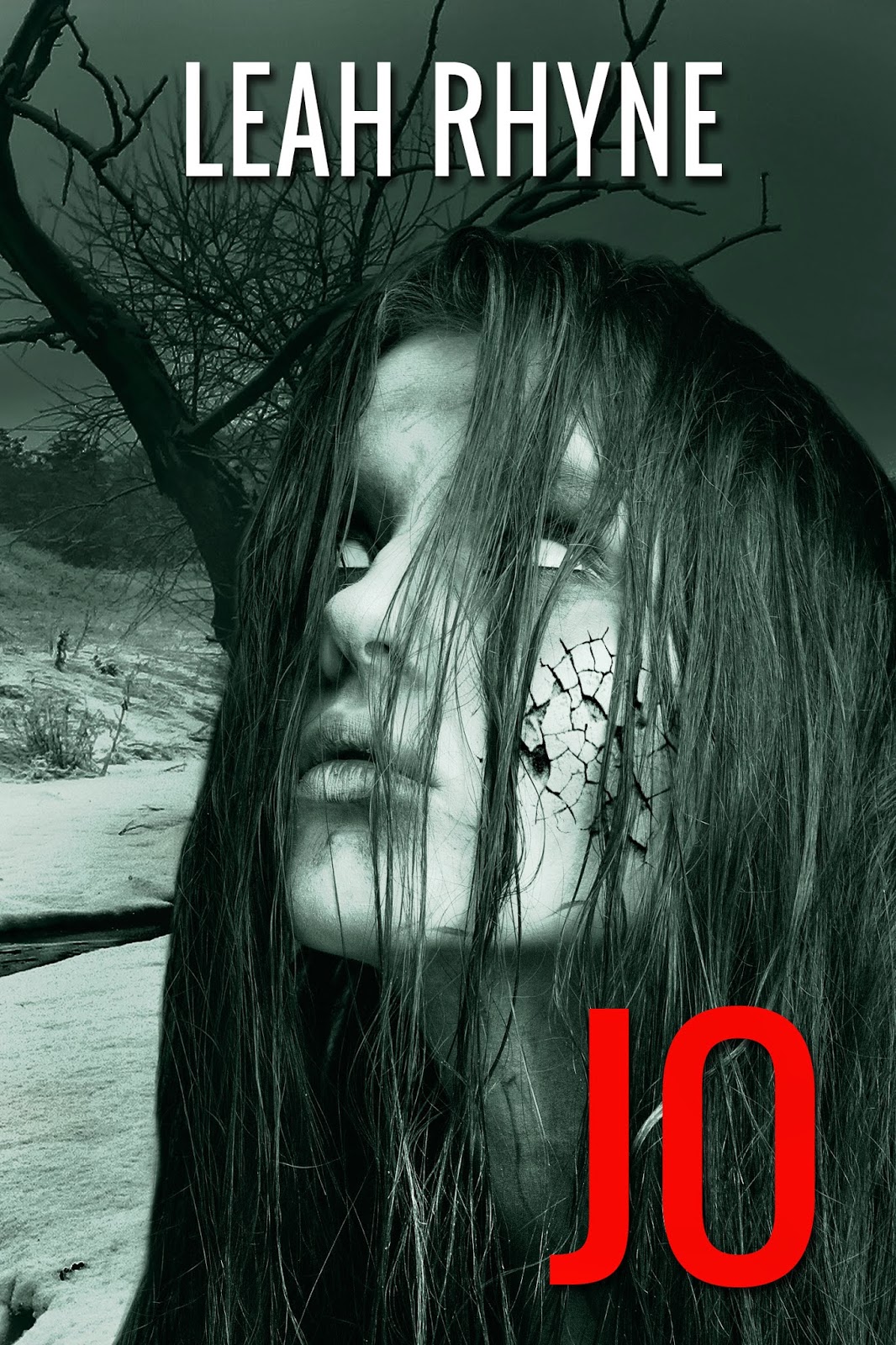 Jolene Hall has a choice: turn herself in to the authorities, led by a suspiciously handsome police officer, or team up with her roommate Lucy and her boyfriend Eli to find a way to save herself. To Jo, the choice is clear. She’d like to know who turned her into a monster, and she’d like to live to see another sunrise.

But that choice has drastic repercussions.

On a trip deep into the snowy White Mountains, to a hidden laboratory filled with danger and cadavers, Jo and Lucy find more reanimated girls. Part body, part machine, run by batteries and electricity, these girls are killers, created by a shadowy Order with a penchant for chaos...and murder.

To make matters worse, a photo on a wall of victims reveals Lucy is next in line to be "recruited” into this army of beautiful, walking corpses.
When Jo’s physical condition takes a turn for the irreparable, and the Order kidnaps those she loves most, she must sacrifice herself to save them all.

I began writing my novel, JO, after a dream in which a dead girl appeared in my old college dorm room, asking if I could smell how dead she really was. The dream, while mildly disturbing, was entertaining enough that an idea grew for a girl who was transformed into a semi-cyborg-monster-thing, and the how’s and why’s obsessed me for the next year and a half while I wrote and edited, wrote and edited.

Once the book was complete and I began the “how shall I publish this one” discussion in my head, I began reaching out to agents.

“Nope,” I heard back, on more than one occasion. “JO is just another zombie book, and we’re all full up on zombies.”

Well, no, I thought. Not really. She’s more like an updated, modern-day Frankenstein monster. In fact, while writing the book, the working title, thanks to a comment by a friend, was Pretty Frankenstein (which I dropped in respect to copyright laws and such).

My own clear miscommunications about my book’s intent aside, this response led me to the question: was the Frankenstein monster a zombie? Or was he more what I imagined: an old-school cyborg, running on electricity and just begging for an updated telling?

Let’s look at the evidence.

Dr. Frankenstein was a (mad) scientist with dreams of bringing a man back to life. To achieve his goal, he surgically spliced together body parts of different people who died from different causes, and (somehow) wired him up for electricity. We all know the brain was the final piece, and (somehow) that abby-normal brain was chosen instead of a normal one.

The monster lay on a table, all sewn together and awaiting a spark to wake him up. That spark came in the form of lightning – electricity. Somehow, deep inside his body, he was wired for electricity, as evidenced by the metal knobs on Boris Karloff’s neck in the 1931 movie version.

Once awake, the Frankenstein monster is hardly zombie-like. Though he grunts and groans and lumbers about, there are thought processes evident in his actions. The little girl and the flower are the best examples, but so are his anger, his rage. He’s not a mindless beast trying to eat his way through all the brains in town. No. His anger is directed at the man who created this hellish existence for him, and his fear becomes palpable when he’s chased by an angry mob.

The zombies I know of are all pretty mindless. Their focus is on one thing: food. Nowhere in the Frankenstein book or movies do we ever even see the monster eat.

I think the answer is clear: Frankenstein by Mary Shelley is an early work of sci-fi that could beat even Jules Vern or Orson Wells at their own game. Robot-man runs amok is just as cool as 20,000 Leagues Under the Sea, at least in my opinion. The monster himself is merely a cyborg, and a sad one at that.

Those are the ideas I tried to capture in JO. I’d love to share those ideas with you, and hear back from you what you think!