It’s banned books week. With that in mind, and with no further ado, here is my personal list of my top ten favorite banned books. In no particular order... 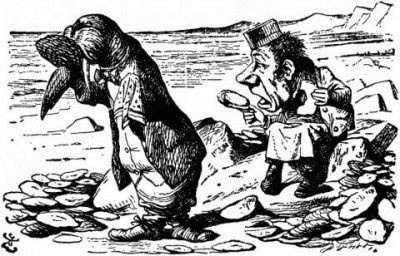 Alice in Wonderland I loved this book for so many reasons. The poetry was fantastic. The imagery and the humor were top notch. The concept was (for it’s time) utterly unique and creative. Plus the John Tenniel illustrations were ridiculously glorious.

The Catcher in the Rye At one point in the book, the narrator sees an obscene word written on a wall at his sister’s school, and is mortified that she might see it. Ultimately he realizes that you can never protect children from seeing depravity. It’s part of life. Still, many censors tried to shield the kids in their charge from seeing this book that notes that it’s a sad fact that kids see things like this book every day.

The Grapes of Wrath John Steinbeck is a genius. This book should be mandatory reading in the US Congress before any discussion of immigration reform and migrancy. The book takes its title from a line in the song The Battle Hymn of the Republic, which borrowed the term from the biblical book of Revelation 14:19-20. In the book, people are starving and others are destroying food in order to artificially inflate prices. Man’s inhumanity to man in pursuit of the almighty dollar is apparently something we shouldn’t be allowed to hear or read about.

1984 A book from the 1950s about a future society that created the word Newspeak which accurately predicted such government euphemisms as "enhanced interrogation" in lieu of the word torture. 1984 also predicted the NSA or “Big Brother” and perpetual war and bread & circuses as a means of controlling the masses.

The Adventures of Huckleberry Finn Ironically, this book which was ahead of its time for trying to make the idea of the equality of the races palpable to the masses is frequently banned because – even though it was published at a time when the word was in common use and the people in the book who use it are being portrayed as buffoons – it contains the N word.

Catch 22 ███ book was funny, irreverent, smart, and populated by some of ██ most interesting and believable characters in history. ██ best part, considering that it would ultimately be itself so often ██ victim of censorship, is that Yosarian actually is forced to be █ censor at one point and makes █ game of it because he thinks censorship is stupid. To ██ day, because of having read Catch 22 while █ high school student, I sometimes find myself randomly playing “death to articles.”

Fahrenheit 451 Are you sensing a theme? Fahrenheit 451 is yet another book about the futility of censorship which is often the subject of censorship. In this case, the title so specifically calls that concept to mind (it’s the temperature at which paper ignites) that it was parodied as the title of a 2004 film by Michael Moore.

The DaVinci Code At the height of its popularity, this book which was written as fiction sparked a flurry of books written specifically to disprove the book’s fictional premise. Let me make that point clear. The book was fiction. The premise was fictional. Yet, religious people were so threatened by it that they wrote books and made films to discredit the book’s made up arguments.

Rights of Man Thomas Paine was driven from America by those who hated his apostasy. Which is ironic given the fact that the American Revolution, which guaranteed many of them the right to practice their religion, was predicated on the Enlightenment-centered idea that there are no divine rights of kings and that freedom to believe or disbelieve is a basic human right. This idea only gained traction thanks to Paine who made them accessible and understandable through the pamphlets he wrote championing the ideas of revolution and liberty. 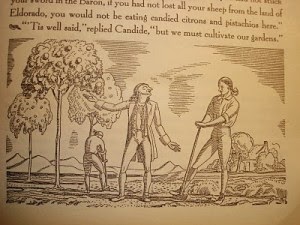 Candide Anything Voltaire has a hand in is brilliant, but Candide is the crème d la crème. The book snipes at empire, at religion, at socio-economic policy, and at philosophy in equal measure. It is particularly successful at skewering the philosophical idiocy of the then very popular ideas of Joseph Leibnitz. Best of all possible worlds my ass.