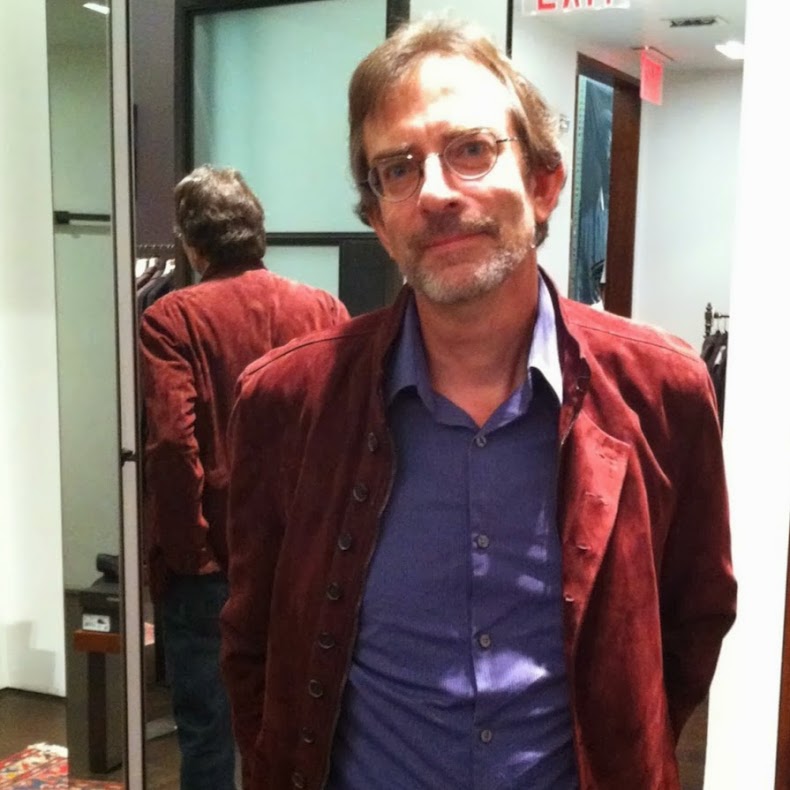 He also writes occasional nonfiction, short fiction (some of which is collected in Nine Frights), and comic books, including the long-running horror/Western comic book series Desperadoes and graphic novels Fade to Black and Zombie Cop. With writing partner Marsheila Rockwell, he has published several short stories and is working on more short fiction, novels, and comic book stories. He has worked in virtually every aspect of the book business, as a writer, editor, marketing executive, and bookseller. He lives in southeastern Arizona’s high desert.

Empty Rooms introduces Detroit police detective Frank Robey, a comic book‐loving former FBI agent‐turned‐cop whose obsession with the case of a missing child gives him no peace; and Richie “Maynard” Krebs, a former cop whose encyclopedic knowledge of crime and criminals colors everything he does. Initially strangers, the two men form an unlikely partnership which becomes a close bond forged by their determination to hold onto their humanity while investigating the most heinous acts one person can do to another.

Mariotte says the novel grew out of his experience writing a true crime book detailing the offenses of dozens of the world’s worst serial killers, sexual predators, cannibals, and other notorious criminals. “In researching that book I was surprised to learn about several times that my life’s path had brought me uncomfortably close to real serial killers, and I suspect that’s true of many people. Spending so much time immersed in the lives of murderers and madmen, I had to do something to pull myself out of that mindset, or I’d become hopelessly depressed. Then it occurred to me that homicide and sex crimes detectives have to deal with the reality of these acts on a daily basis and still stay sane. That realization was the genesis of Empty Rooms.”

Who are your influences?
My influences are legion. I’m a genre-promiscuous writer—I like to read and write in many different genres, and I have different influences in each, as well as some whose work inspires and informs all of my writing. Since I’m here to talk about my thriller Empty Rooms, I’ll discuss a few of the thriller/crime/mystery-specific influences.

In the beginning, there were the Hardy Boys. When I was a kid, I read everything published at the time about those brother detectives. Later I graduated to Raymond Chandler, Robert B. Parker, and other detective writers, including the one I still think is the best of the lot, Ross Macdonald. Empty Rooms is more of a thriller than a PI story—although one of the two main characters, Richie Krebbs, pretends to be a PI for a while, and in that vein, there are again lots of writers I follow carefully. To name just a few, James Lee Burke, George Pelecanos, Dennis Lehane, James Grady, Michael Connelly, T. Jefferson Parker (those last two, I’m pleased to say, had very nice things to say about Empty Rooms—their comments are on the front and back covers). I’ve learned a million things about writing suspense from William Goldman and Thomas Gifford. I could go on, but that’s probably enough for now.

When did you begin writing?
Remember when I mentioned the Hardy Boys up there? I used to write very derivative stories about brother detectives, when I was just a little tyke. They were, no doubt, terrible. But they got me started writing and I never stopped. I won third prize in a literary award in college, was first professionally published with a short science fiction story in 1988, and had my first novel published in 1999. Empty Rooms is my 50th novel.

How do you come up with your stories, characters, character names, POV, etc?
Having written so many books, that’s a tough question to answer, because it’s different in every case. In general, the POV I like to use is limited third person, so I can get into the heads of several different characters over the course of a book, but without showing anything that wasn’t seen by at least one of them. Stories are suggested by all sorts of things. As one example, Empty Rooms is a very dark thriller. Before I wrote it, I wrote a book called Criminal Minds: Sociopaths, Serial Killers and Other Deviants, which told the real stories of every criminal mentioned on the first five seasons of the TV show Criminal Minds, and of some whose crimes inspired episodes but weren't mentioned by name. As you can imagine, that involved a ton of research into some of the worst crimes and criminals in history--just some really terrible people doing terrible things. 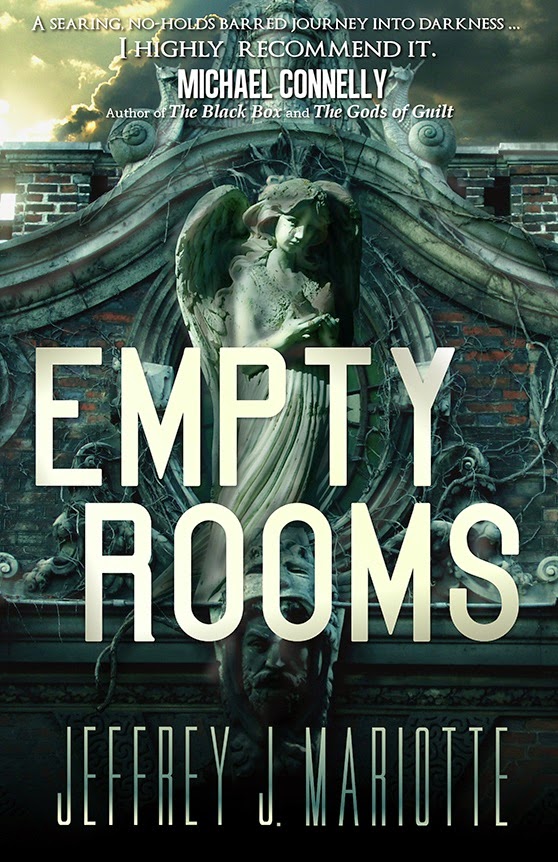 Doing that research, having all those horrific facts swimming around in my head, I started thinking about people who have to deal with such awful situations on a daily basis. How do homicide or sex crimes detectives cope with the stuff they see every day and still remain human? The more I dug around in that, the more the novel started to come together. It's about a cop and an ex-cop teaming up to solve a very cold case of a missing little girl. That case leads them into some incredibly dark places--but in addition to being about the case, it's about how they maintain their humanity while they're looking into it. A lot of the research I had done for the Criminal Minds book came in handy on the novel, because it enabled me to write a realistically creepy villain, as well as to have a solid grounding in what would go into solving the case.

Do you work from an outline?
Usually, yes. I’ve written a lot of licensed fiction, or tie-in fiction—books set in existing fictional universe, like that of CSI or Buffy the Vampire Slayer or Spider-Man or whatever. With those books, I have to turn in an outline first, because the licensor has to approve what’s being done with the characters they own. I find an outline is most helpful if I treat it like a road map on a long trip. I know where I’m going and approximately how I’m going to get there, but if I see something along the way that’s intriguing, I can go check it out, knowing I can find my way back to my main route.

Tell me about your favorite scene in your novel.
It’s impossible for me to pick just one scene from Empty Rooms. I like a lot of them. Mostly, what makes the scenes work, I think, is the interplay between the two main characters. Frank Robey is a Detroit cop, experienced and worldly wise, a love of comic books and classic soul music. Richie Krebbs—who Frank calls Maynard, after Bob Denver’s beatnik character, Maynard G. Krebs, in The Many Loves of Dobie Gillis—was fired from the police department. He’s not good with bureaucracy but he’s a walking encyclopedia of crime and criminals. They’re very different guys, but together they work really well—on solving crimes, and in a fictional sense.

Can you tell us a little about your writing philosophy?
The closest thing I have to a writing philosophy is the idea that writing is like a muscle. The more you use it—the more you write—the stronger it gets. The more you’ll be able to count on it when you need it If you want to be a writer, you need to sit in the chair, put your fingers on the keyboard, and go to work. Write whenever you can, whatever you can. It doesn’t matter so much if you’re writing letters or short stories or poetry or novels or whatever—the very act of writing exercises that muscle, and makes you a better writer.

Have you ever tried writing in any other genres?
Professionally, I’ve written a lot of supernatural horror, some science fiction, some fantasy, some mystery, some western, some mainstream fiction, some nonfiction, probably other things I’m not even thinking of. I’ve also written novels, short stories, comic books, graphic novels, a CSI DVD game, journalism, advertising, press releases, newsletters, and more.

Learn more at www.jeffmariotte.com, and follow him at https://www.facebook.com/JeffreyJMariotte and @JeffMariotte on Twitter.
Posted by J. David Core at 5:00 AM