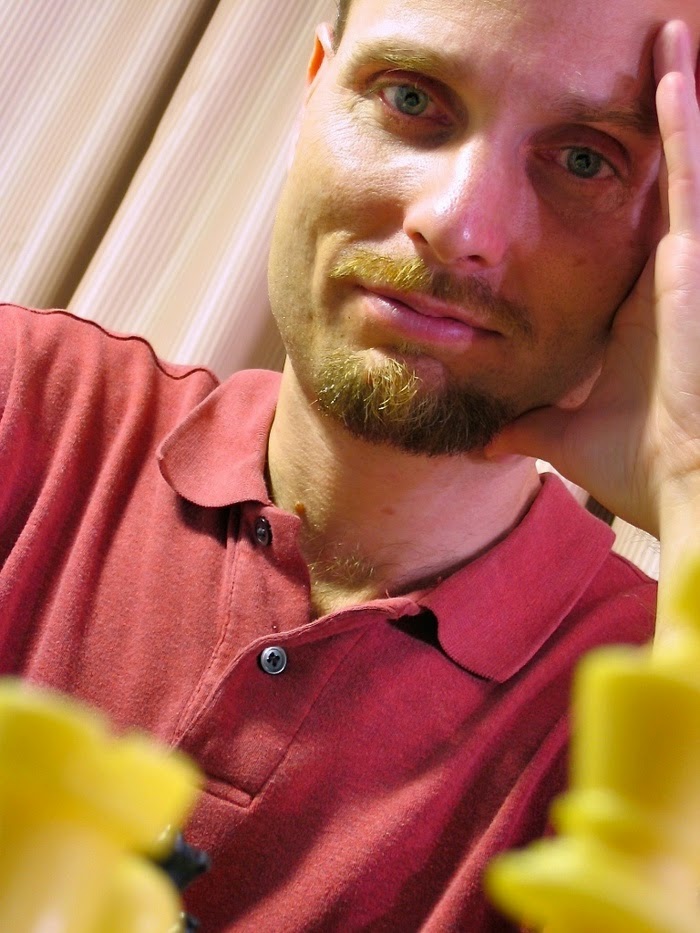 Today we feature Ted Cross, author of The Immorality Game.  Ted has spent the past two decades traveling the world as a diplomat, all the time dreaming about writing fantasy and science fiction. He's visited nearly forty countries and lived in seven, including the U.S., Russia, China, Croatia, Iceland, Hungary, and Azerbaijan. He's witnessed coup attempts, mafia and terrorist attacks, played chess with several world champions, and had bit parts in a couple of movies. He currently lives in Baku, Azerbaijan with his lovely wife and two teenage sons.

Here’s how Ted describes his book which releases today: Moscow, 2138. With the world only beginning to recover from the complete societal collapse of the late 21st Century, Zoya scrapes by prepping corpses for funerals and dreams of saving enough money to have a child. When her brother forces her to bring him a mysterious package, she witnesses his murder and finds herself on the run from ruthless mobsters. Frantically trying to stay alive and save her loved ones, Zoya opens the package and discovers two unusual data cards, one that allows her to fight back against the mafia and another which may hold the key to everlasting life.

Who are your influences?
So many fantastic writers have influenced me, but the main ones are George R.R. Martin, Tolkien, Ursula Le Guin, Colleen McCullough, Stephen King, and Richard K. Morgan.

When did you begin writing?
I always did well with writing in school, but I always thought I was too much of a procrastinator to actually write a novel. As I got older, though, stories kept invading my daydreams and they got more and more insistent. I still didn't seriously consider writing these stories out until I read A Game of Thrones by Martin. I had an 'a-ha' moment there, because the way he wrote, with each chapter rotating between different POV characters, really appealed to me and fit well with what I wanted to do with the first book I wrote (an epic fantasy I plan to publish next year).

How do you come up with your stories, characters, character names, POV, etc?
In different ways. The first was one that evolved over decades beginning in my teens with my love of role-playing games. I was never satisfied with any of the novels I read based on such games--I always felt they condescended a bit to readers. I wanted a great writer to write in a role-playing style world, but treat it seriously.

Do you work from an outline?
Not really. I mostly wing it, though I do write out a list of plot points once things begin to get a little complex.

Tell me about your favorite scene in your novel.
The scene I loved most is one that I know some readers won't like. You're in the middle of a sci-fi novel and suddenly a chapter starts with what seems purely like a fantasy story. It turns out later that it's just a very realistic virtual reality game that one of the main characters likes to play. But this scene plays an important role in the book, not just to establish how amazingly real virtual reality becomes in the future, but also in one of the climactic scenes.

Can you tell us a little about your writing philosophy?
I like to be extremely patient. I'll let each coming chapter simmer in my imagination for as long as it takes for me to be satisfied that I 'have it'. I can write one or more chapters a week when things are hopping, but when a chapter isn't really ready in my mind, I'll stop writing for weeks or even months until I can get it right. Each of my two completed novels has taken me more than three years to write. I do hope I can work faster when I retire!

Have you ever tried writing in any other genres?
Like I said, my first novel was epic fantasy. I do believe I'll mostly stick with fantasy and science fiction, though I do have some story ideas outside of these genres.

Do you have any interesting writing-related anecdotes to share?
Oddly enough this debut novel of mine began entirely as back-story to one of the characters in my epic fantasy! I get very detailed with the back-story of my books, and the particular back-story of one of the characters in the fantasy was so compelling and unusual to me that I eventually decided to write it. How a sci-fi thriller can lead to epic fantasy may sound odd, but it ends up being quite logical, based upon some hints within this first book.

Ted can be found at his blog: http://tedacross.blogspot.com/ as well as on Facebook and Twitter. His book can be found in electronic format at Goodreads, Kobo, Google Play and Amazon.com and will soon be available at Nook and iTunes. He also plans to make a paperback available shortly.