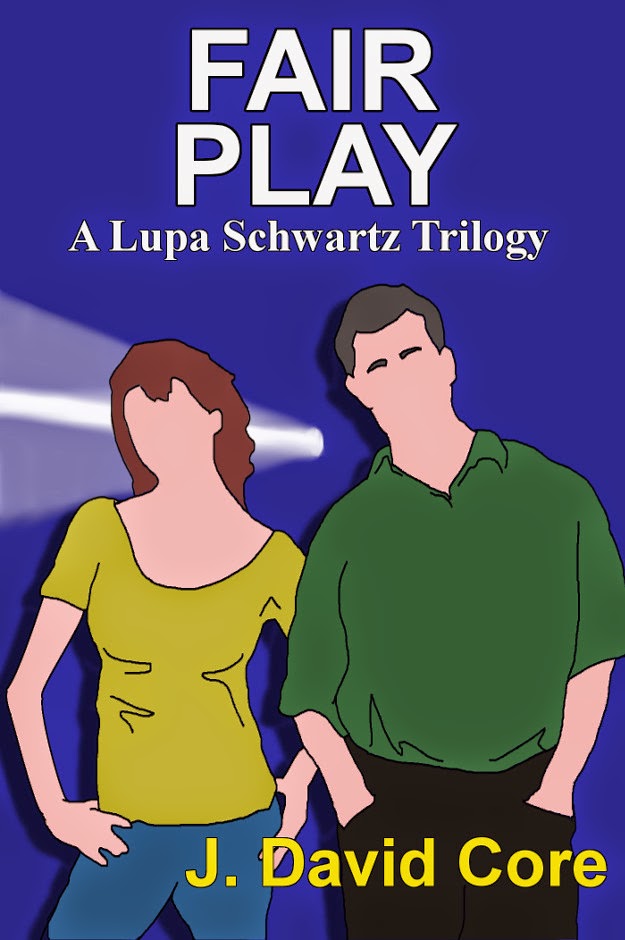 The next installment of the Lupa Schwart Mystery Series, Fair Play, is ready for publication. It will be released on my daughter's birthday, August 6 - her sweet sixteen.

Cattleya Hoskin has settled into the Schwartz residence and into her new gig chronicling Schwartz’s exploits for Gamut Magazine. With cases running dry, she takes matters into her own hands and pushes Schwartz to investigate a case that has the entire country buzzing, the on-air poisoning of a reality game show contestant on Cattleya’s favorite TV program, Overlord.
Schwartz next takes Cattleya undercover to investigate the death of a small-time store manager in their old stomping grounds of Paine County, Ohio. With a renewed passion for logic puzzles as fuel, can Cattleya solve the homicide before Schwartz, or are all of her attempts going to prove to be Counterfeit?
Finally, is a bounty hunter ever supposed to share as much information on a former client as the unnamed protagonist in this peripherally related yarn? Was there ever even a murder plot to begin with, or was it all just the fanciful Confessions of the Cuckold?

For the first time, I am releasing one of my books through KDP Select, which means it will only be available as an eBook through Amazon, however there will be a trade paperback version released 30 days later, and after 90 days I may or may not leave select, making Fair Play available in other electronic formats. A teaser of the first chapter is available to read here.
Posted by J. David Core at 11:14 AM