Book Review: An Ounce of Prevention by Adam Graham 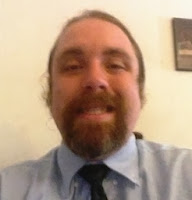 Gerald “Jerry” Newton runs a detective agency in Boise, Idaho; not Los Angeles, not Chicago, not even Brooklyn. It isn’t exactly the locale one first envisions when imaging a classic gumshoe tale. For the most part, one would be right. Most of the cases Jerry and his crew investigate are run-of-the-mill, boring security details. Then a Mr. Durand, a lowly fourth grade teacher and part time counselor at a soccer camp, brings him an unusual case. Durand has been receiving threatening letters, and he suspects that somebody is out to kill him. Jerry takes the case, thinking it’s probably just a kid angered over a failing grade blowing off steam. Then Durand’s car explodes, and the mystery deepens. It seems Durand is keeping secrets. 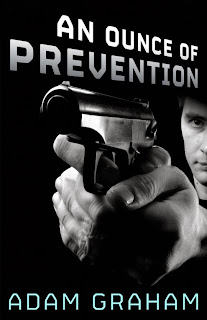 An Ounce of Prevention by Adam Graham is a modern take on the traditional Marlow/Spade detective story with all of the tropes and none of the clichés. Yes, the detective is a former cop with friends on the force, but he wasn’t drummed out for breaking the rules, and he didn’t quit because of departmental politics. His reason for leaving the force is much more personal and believable. Yes, there’s a femme fatale, but she’s neither cold-blooded nor calculating. And unlike the counter-culture anti-heroes most shamuses turn out to be, Jerry goes to Church, he loves his mother, he drinks Mountain Dew, and he hates when his employee chews gum.
The dialogue is well crafted and flows nicely and realistically. The characters have actual depth for the most part, although the villain is a bit on the caricature-side. The narration is appropriately hardboiled without seeming forced. Even the denouement and post-script are satisfying and unexpectedly more than a simple wrap-up. The story does have one flaw, however.
Without giving too much away, there’s a science-fiction twist to the story which is necessary to the tale the author wants to tell. However most of the players are either too eager to accept the discordant reality; or even if a character doesn’t embrace it, or if he explains it away, he’s too unconcerned about the mental states of those who do accept it. A few lines about a character being unable to process what he’d seen, or another character suggesting that his friend should see somebody professionally to deal with his delusions would have gone a long way to alleviate that issue.
Overall though, An Ounce of Prevention is a fun, short read that’s prefect for fans of both genres who enjoy a good cross-over storyline.
Adam’s novella can be purchased for the Kindle.
Excerpt
"You sound like an expert."
I nodded. "I should be. I was a cop for about eight years. Towards the end I worked the juvenile division."
"How long?"
Long enough to find four kids starving to death living in one room of an apartment with the body of their one year old dead baby brother thrown in a trash bag while the mother worked her meth lab. Long enough to spend ten straight days barely sleeping, looking for a missing boy, only to find he'd been dead the whole time with the mother covering for her psycho boyfriend. Long enough to hear people joking on the radio about a thirteen year old boy who was molested by his female teacher and long enough to attend the funeral after he committed suicide.
I stopped, rubbed my hand across my face, looked at the sky, and shook my head. "Too long."
"What do you do now?"
"I run a private investigations and security agency."
"So you're a shamus?"
I blinked and chuckled. "Shamus? Just because the dances were from the 1940s doesn't mean our dialogue has to be."
She laughed. "Last semester, I taught on Dashiell Hammett and Raymond Chandler."
I raised a hand. "The life of a real private investigator is nothing like fiction. My firm has almost no interaction with the police. Most of our work is insurance investigation and security for businesses."
She grunted. "I know the difference between fiction and reality, thank you."
"Some people don't and they want to know about the last femme fatale I met or the last time I was knocked unconscious by a gangster."
We crossed the street to the parking lot. I pulled the parking stub from my pocket.
She asked, "Hasn't anything interesting happened at all recently?"
I walked towards Row H. "Only thing was a client was car bombed when we were watching him."
"Police have any clues?"
"I doubt it."
"Do they have any idea what the motive is?"
I shrugged. "Who knows?"
"Maybe he deserved it."
I found my car and leaned on it. "I much prefer God and the courts mete out justice. Somebody other than my client could have gotten hurt. The courts may take a while, but they won't hurt innocent bystanders."
Posted by J. David Core at 12:17 PM